Beware! – A horrible force from the far North – Turmion Kätilöt – is about to conquer the world! The band from the Finnish city of Kuopio has just recently released their album “Global Warning” and better take it a warning. Their music is beyond any genre by default and their shows are disgusting, unpredictable, energetic and thus simply addictive! Once they made it into your mind you will never get rid of them again! No, sorry, they don’t sneak into your ear with soft tunes and sweet voices. No, they hit your brain like a Dodge Ram at full speed crashing into a Smart. 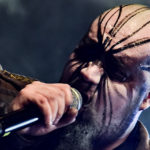 Ok, forget about that – at least for one minute. Sit back, relax, close your eyes and imagine to be in Kuopio at the Rock Cock Festival on a warm and sunny summer weekend in 2012. It is your first time here and you have never before heard many of the band names on the line-up. But you have been told that Turmion Kätilöt is a must-see and that they would play here each year. They play in a later-afternoon-slot and the crowd is impressively sized, ranges from teenagers over families including their kids to grannies. Freaks in creepy costumes and makeups enter the main stage to pull you into their show. Soundscapes of harshest Death Metal, Techno, Disco and Industrial hit you as tender as crushing into a bulldozer while sitting in a wheelchair and still you cannot rest; you must follow their beats, their rhythms, their tunes. You follow into their madness and at the end of the show you are soaked wet from sweat, exhausted and filled to the top with adrenalin. Songs like “Grand Ball” (featuring Peter Tägtgren), “Suolainen Kapteeni” or “Hades” are esprite, unrestrained love for openness, heaviest emotions, purest pleasure and still most careful compositions of antagonistic elements. 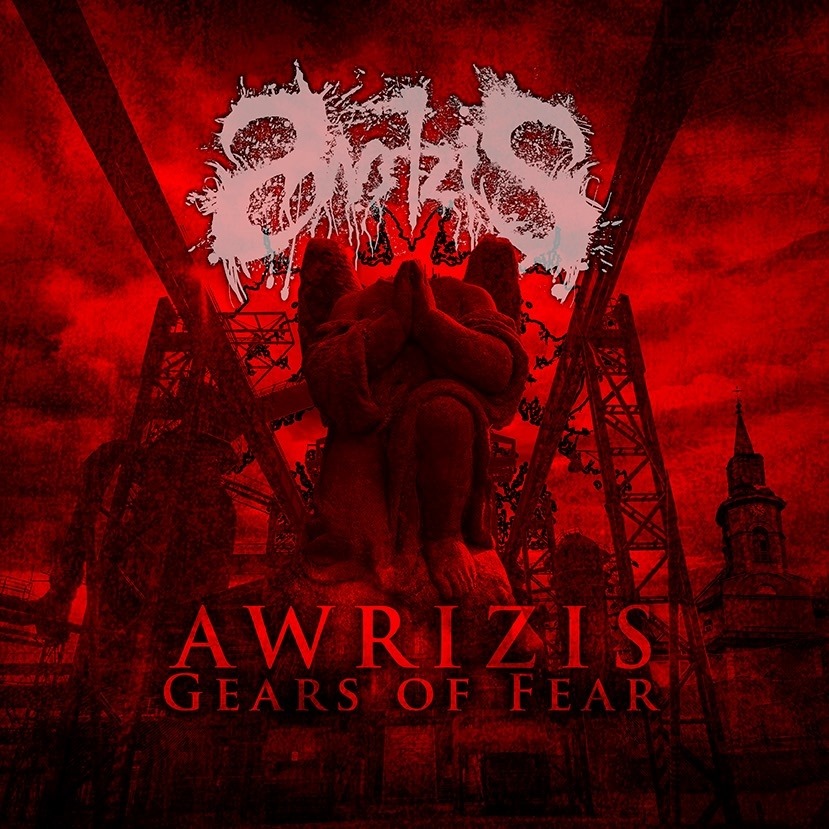 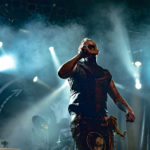 In 2018, Turmion Kätilöt released “Universal Satan”, their first album with ShagU in their vocal team. The band history reaches, however, all the back to the early 2000’s. In Finland, Mc Raaka Pee, Master Bates, Bobby Undertaker, RunQ, DQ and their new vocalist have made it to the status of an institution in non-conformist metal for many years while outside their home country many have noticed them only when touring with Beast in Black in January/February 2018. And yet it was too simple to reduce the title of the current album to a “Beware – we’ll get you!” Word playing with Warning and Warming is only one aspect. Expect complexity and philosophy in the lyrics on a level of Schroedinger’s Cat phenomena.

Although the album “Global Warning” title is English and currently most relevant, all songs are sung in Finnish which is not unusual for Turmion Kätilöt. Disadvantage? Advantage? Well, if you are one those people who always look out for the hidden messages of the songs and split the lyrics into pieces analyzed in detail, it is a disadvantage or at least a riddle to solve. For those of us who care less – as me mostly – it is an advantage because you can concentrate on the music itself, the colour of the sound, the vocal range of the singer, the finer musical, melodic and instrumental details you miss when you are too lyric obsessed.

From Men and Mosquitos

Nevertheless, “Naitu”, the starter is a very catchy song, even with some folk elements, especially in the chorus, very fast, very weird and very much Turmion Kätilöt. 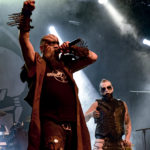 “Sylkekää siihen” begins like a nursery rhyme but then again is more of the traditional style we know very well, once you hear the keyboards and first beat of the drums, you want to start dancing and jumping around. Interesting point, the vocals add to a brutal hunt composed of classical ping-pong duetts as well as solo passages and choirs.

“Viha ja rakkaus” is a song, which proofed the first impression right, on Global Warning they sound very much like Rammstein in their early years, imagine this interesting piece of music sung in German and you would agree. Anyway here the Mc Raaka Pee’s (Petja Turunen) dark voice blasts while ShagU’s (Saku Solin) mean voice hisses.

“Turvasana” and “Kuoleman juuret”, continue this tendency, given that both vocalists are well trained, they sound brutal but still fresher and more energetic than we know from the said German Industrial Band. In addition, the songwriter – in these cases Janne Tolsa aka RunQ – certainly has a golden hand for melodic chorus lines.

“Syvissä vesissä”, goes back to the earlier days of the band, it is just a good song to dance away with, jump in the air and have a good time. Take it in invitation to their upcoming tour with Nightwish in December 2020.

“Sano kun riittää” comes up in the disguise of a ballad but after 25 seconds, you’re back on the track, very dark vocals combined with a web of keyboard and guitar sound, completed with the typical dance beat of the drums.

“Jumalauta“, the ninth song of the ninth album is again a kind of ‘more funny’ song in the style of Rammstein, but this time more of their later, more commercial period, still a catchy song though.

“Revi minut auki“ is ‘back to how we started’ and this is the right way, the right sound for this song, when googled for the translation of the song title you wouldn’t want to know the rest of the lyrics…., it seems to be the perfect party song. 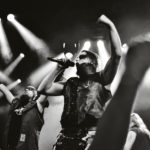 “Syntisten laulu“ surprises with some very dark guitar lines, the keyboards help though to make it a less gloomy song than you would think of when you hear the beginning.

“Ikävä” dances on the thin line between hypnotic, keyboard-driven chorus, darkest metal guitars and sheer brutality in the vocals. It presents some quite rough or somewhat dirty and very diverse harsh vocals in contrast with a nearly monotonous chorus. an inshallah-like shout “Ikävä”, meaning “I’m sorry”.

Hear the nerve wracking humming of the blood-thirsty beasts … “Mosquito Á la Carte (to be continued 5)”, the closer of the album again is a disguised song, it comes up a bit as a Spanish rhapsody or Flamenco melody for a minute until it becomes a sardonic song in the style of (again) a Rammstein song, “Te Quiero Puta!”

Experimental and Matured All The Same 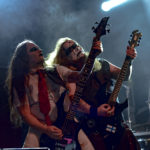 Although the songs of Global Warning were written by RunQ and Mc Raaka Pee and the lyrics by Mc Raaka Pee and his wife Linda the entire band was involved in the further production process. They point out that none of the songs would be what it is if it were not for the team effort. Without understanding one of the lyrics (sorry for my bad Finnish skills) of any of the 13 songs we must confess, Global Warning is a very good, catchy album. Although Turmion Kätilöt are often regarded as kind of fun metal due to the sound mix of Industrial and Techno, even Disco elements and excessive use of keyboards, “Global Warning” sounds much more serious, way more riped – like a truly good bottle of wine – and grown up than the previous albums. This seems consequent as for example the style of RunQ’s keyboard soundscapes has become a trend and tends to be too omnipresent for Turmion Kätilöt now. Thus they head for less known shores. What for us sounds more mature, might to them be experimental.

As already written, many of the songs sound like an upgraded and intelligent version of early Rammstein, which is no mistake. Turmion Kätilöt are the natural foe of any genre and attempt to press music in boxes. This sophisticated approach or unrestricted open-mindedness surely is not to the liking of everybody but then neither Picasso nor Beuys are.

We still don’t know where the warning is though. It is a promise! We personally can give no warning but a recommendation to buy this album.