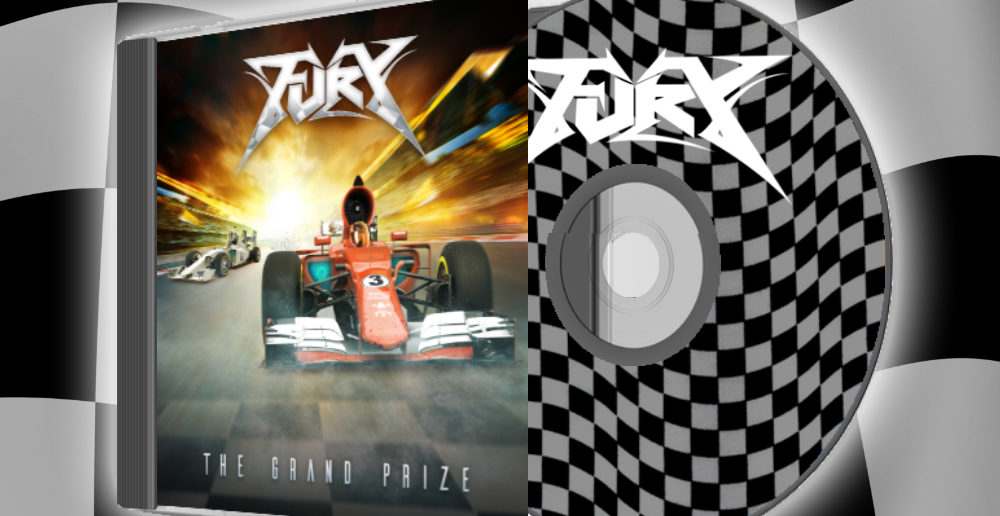 Fury back on the race track to win The Grand Prize

You can find a slightly updated version at obscuro.eu 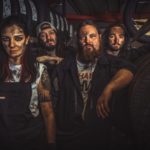 Wasn’t there an American TV show about a Saddle breed stallion in the late 50ies named Fury? In addition, wasn’t there a film about an American tank with Brad Pitt in the leading role in 2014?
But wait! That’s not all, there is also Fury, the band from the British West Midlands. And THEY are the real Fury-deal, so forget about the two others.
Fury consists of Julian Jenkins, vocals and guitar, Becky Baldwin on bass guitar and becking vocals, Tom Fenn on drums and Jake Elwell on lead guitar. One might remember or know Becky well as the current bass player of Hands Off Gretel and former Dorja. 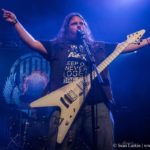 After “The Lightning Dream” in 2014 and “Lost In Space” 2016 they currently released their third album “The Grand Prize” and that’s what we’re going to talk about. We know from the mentioned 2 albums and thunderous live shows, Fury see themselves very much in the old school metal tradition of Iron Maiden, Saxon, Judas Priest or even a bit heavier – of Metallica, so that’s what we would expect, but what do we get?Let’s go through the album song by song.

„You’re The Fire„, first song of the album, already comes up with a very melodic Iron Maiden – style intro riff, the song sounds fresh and light hearted, contains a twin guitar solo, what do you want more than such a very easy going song which raises your mood to listen to a new album first time?

„Galactic Rock“ continues as a powerful, dynamic song in the same mood than the previous track, yes, you really feel where their origins are. 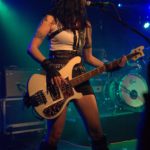 Pic of Becky taken at a show of Hands Off Gretel, Frankfurt 2019

„The World Is Mine, there is a funny side note, Hands Off Gretel, Becky’s other band, released a song and album titled “I want the world” last year, so at least for her is seems to be the right continuation, so what be next? Otherwise, not so much Iron-Maiden style, nevertheless traditional but refreshed Heavy Metal, rolling and through its nearly five minutes, both, singer and guitar player prove their skills as excellent musicians just to be caught by the bass player and the drummer. If you think of a song, which is the typical Fury-sound, this one defines it. It will certainly become a highlight of each live-show if not the battle hymn of Fury.

„Burnout“ starts with a bass line, even Steve Harris would be proud of, powerful and straight into your brain. Overall, a song with quite dominant bass lines underlined with crashing guitars and a furyious guitar solo, inviting to bang your head and jump into the air until it finishes out of the sudden, perfect.

„We Will Sing“ is a very catchy song and yes, we will sing, we will sing it altogether as soon the band goes on tour. This song is nothing but pure good mood and happy metal, nevertheless the main riff is very heavy though not gloomy. 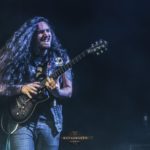 „The Grand Prize“, the title track of the album even seems to have some Steppenwolf influence, you have to know, this song really is born to be wild and let loose, and it belongs to the stages of world. Moreover indeed nomen est omen, it has the speed attitude of a racetrack, well, Silverstone seems to be in sight.

„2nd Prize„, far away from being just a second prize, is a powerful song with clearly complex structures, some really screaming and crashing guitar parts. It would be an instrumental song and the guitars do all the singing alone, but it becomes ballad-like after roughly 4 minutes and Rob Half.., no Julian Jenkins sings the few lines to finish this interesting song.

„Upon The Lonesome Tide“, the one really slower song of the album with soft and tender vocals one would not expect on a Metal album like this. It would be the time; everybody in the audience would raise and wave their hands, switch on their lights and dream away into the night together with Fury. 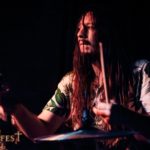 „Casino Soleil“ starts as a wild breed of the perfect Iron Maiden and Judas Priest song, it is nearly 6 minutes long, but they don’t seem to last longer than short 3:30 minutes.

The instrumental part in the middle of the song mixes not only the 2 named bands together but turns into some Black Sabbathish guitar riffs, followed by classical Elvis Presley style sing-along before it continues to follow its original path.

„Road Warrior“ as the closer of the album starts darker and deeper than all other songs of the album, did I already Black Sabbath as an influence. It holds for 30 seconds, then Fury are back to their own style of catchy up speed guitar riffs and bass lines. 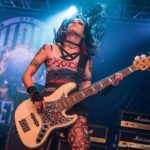 After the finish line, is it The Grand Prize?

If not on the previous releases, with The Grand Price, Fury have finally found their definitive sound which clearly has its roots and origins the band cannot deny. Indeed they fit in perfectly with their fresh but traditional style, New Wave Of British Heavy Metal at its best and youngest child! In the time of double trouble triple pedal metal drums it is refreshing to listen to drums, which are not overdone but played to the point. Therefore, I can certainly recommend listening and buying this album, check the website of the band and order it there if possible and plan in to see Fury live later the year if faith works out well. So yes, it is the Grand Prize, Fury have promised! 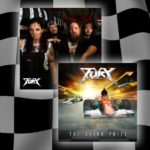