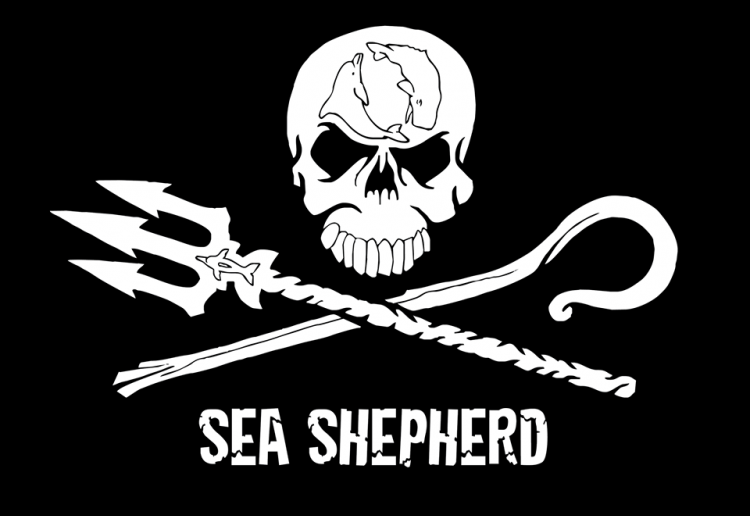 We have prepared for you an interview with Reinhard Grabler, the director of Sea Shepherd Austria. As you may know, Brutal Assault has started cooperation with this organization. For more information, keep reading…

At first, can you please introduce Sea Shepherd to our readers, who haven´t heard about you before? What is your mission?

Our mission is to protect the marine environment, stop the slaughter or marine animals and thereby conserve the oceans for future generations. We are an army of volunteers, that active worldwide with our own fleet of 10 ships. Sea Shepherd’s approach is direct action, we are no protest organization, we act where it is needed most.

There are lot of activities going on, what are the upcomming campaings?

We are right now running the Operation Baltic Sea on the coastline of Germany. It is a campaign for the protection of harbor porpoise, which are protected by EU law but are threatened because of special permissions for fishing in the protection areas. Also, we are active in Mayotte, a French island near Madagascar, where we fight against turtle poachers. The MY Bob Barker is right now patrolling the west coast of Africa, in the waters of Gabon in Operation Albacore II to stop illegal fishing activities. As well there will be Campaigns including the MV Sam Simon in Italy soon.

How you personally met Sea Shepherd, what was your motivation to join the organisation?

I first heard about the organisation from a friend of mine, he was wearing a Sea Shepherd baseball cap and I was interested in the logo. I was vegan at that time and looking for a possibility to actually do something good for this planet, since I could not accept this environmental threats anymore which humans are causing. When I found out there is Sea Shepherd in Austria, I immediately signed up for a Welcome Day and got member of the crew. This was in 2014, in 2016 I became Austrian Director and still every day Sea Shepherd gives me the feeling that we actually can turn the page around and save this precious planet. And we don’t need a huge organization with a lot of budget, we just need volunteers that are 100% committed for what they do.

Why should we take care about oceans in inland countries?

That question I get quite often, there are not many Sea Shepherd Chapters without any coastlines. Well, every second breath we take is produced in the oceans. And not only this, the oceans are the largest CO2 reservoir, and thereby are necessary to prevent global warming. Right now this reservoir is exhausted and we see the so called ocean acidification, so a decreasing pH level of the water. As well we see a rise of water temperature. The marine ecosystem is very complex and plays a huge role in the environmental effects of the earth. The oceans are the source of all life and home for an incredible biodiversity that needs to be protected, no matter what country I live in, my life is depending on the oceans. Paul Watson once said: “If the oceans die, we die”. And this is just the truth.

How can we join you and what includes work of volunteer? And can we help somehow also in Czech republic?

There is a huge need for On-Shore volunteers, also in Czech Republic. Right now we are working on setting up a NGO for this country. There is a lot of interest, not only for volunteering but there is a large amount of Sea Shepherd supporters. The most important thing is to raise awareness in public, to communicate the importance of the marine eco system, and to show what Sea Shepherd does to protect it. Since the fishing activities happen so far away, it is out of sight and thereby out of mind. People must be aware of the state of our oceans, and they must know that if we continue fishing, we will not have any fish left, and thereby destroy the oceans. It seems like the ocean’s resources are endless, but in fact we already have overfished between 30% and 56% of our global fish stock, depending on the source. We raise awareness at several events, and are also collecting donations and selling merchandise to support our campaigns. This is what we need volunteers for in Czech Republic.

Sea Shepherd have huge support from bands like Gojira or Architects, are there any other artist which are supporting you?

The Red Hot Chili Peppers are the first that are coming in my mind. But also other huge supporters, like Aerosmith or the German bands Die Ärzte or Heaven Shall Burn. Those bands do a lot of promotion for us and help us raising awareness in the music scene. In Austria and Czech Republic we have local supporters, like Skywalker, Empty Hall of Fame and We Blame The Empire – that also produced a music video for us.

This year Sea Shepherd will be collaborating with Brutal Assault, can you mention some details?

The main stage will be named in honor of Sea Shepherd, which is a huge deal for us since a lot of people will get in contact with our name. The people from metal and hardcore music scene show, at least in my experience, the most social and environmental engagement. So it is great for us to be present here, and we hope we can spread our message with a lot of interested metal heads. We will also have an info- and merchandise stand there. We really appreciate that the organizers of Brutal Assault got in touch with us and gave us this huge support.

What is your personal relation to metal music? What are your favourite bands?

I have a strong connection to metal and hardcore music. My all time favorites are Maroon, Heaven Shall Burn, The Architects and I Killed The Prom Queen. All of them are active for animal rights and other social issues. It is just great that the bands I love also stand for the same things as I do.