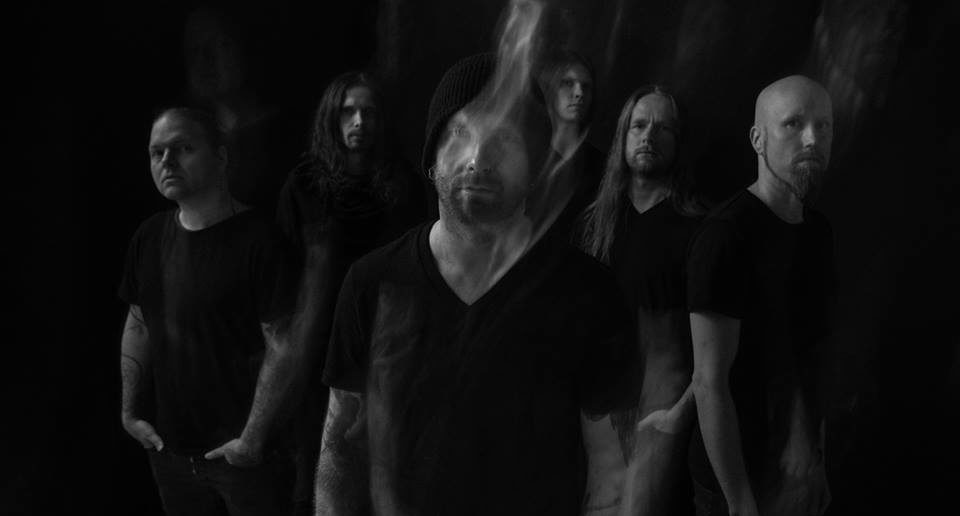 Some children begin their lives under very cruel circumstances. Of course, I’m talking about that terrible case of torture, when a mother gives birth to her child right on the Christmas day. That necessarily leads to complicated and sad childhood, because having birthday on the Christmas day is intolerable injustice. Mikko Kotamäki was born on Christmas day 1984 and I suppose that every Christmas had to leave a deep wound on him, a child wanting to celebrate his own birthday, while everyone else had been celebrating a birth of some other child, who was bathing in the light of all attention somewhere in Bethlehem, far from Finland. Perhaps this might be one explanation of Mikko’s later music career.

My personal relationship with Mikko has come through complicated and, I admit, one-sided development. First this singer didn’t interest me at all and I kept overlooking him like a boring landscape. After all, that autistic-like introverted beard man with glasses, firmly holding his microphone and closing eyes, so that he wouldn’t see the crowd, seemed to be glad when no-one noticed him. His voice wasn’t fronting Swallow the Sun’s music. It was more a complement of the music, and every time Mikko used clean vocals, I pulled bored face. But, when I got deeper into the sound of Finnish doom-metal elite swallowing the sun, more I got bewitched by Mikko’s scream. In the end, it was very simple. I fell in love.

Mikko Kotamäki is mainly associated with ‘Swallow the Sun’, that is with deep, interesting band, whose sound is exceptional. But this musical chameleon with the skin, which changes according to any, however small detail in the sound, could be a real demonstration of how linked and unique system of cooperation on the metal scene in Finland is. Many surprises await you, when you go deeper in his discography and listen to various band featuring his name. Those, who expect Kotamäki sacrificing his voice on the altar of only one metal genre, could be really taken aback. I know I was. And one of the biggest surprises came when I first tried to find out, how Mikko really looks like.

It may sound comically, cut together with the styles of singing, Mikko changes even his appearance. This means you can find blond, long-haired Mikko, Mikko the tough tattooed guy with bald skull, Mikko the intellectual hipster and Mikko… oh yes, even Mikko the man, whose face is painted red and black. Mikko, whose red paint is melting on his cruel looking face. Suddenly he ceases to be the intellectual hipster, but becomes the terrifying black metal mask of a living scream, who is standing in front of the cross bearing a pig’s head. I had to look quite ridiculously, when looking at this monster, with my mouth open wide. I simply couldn’t understand how could that be Mikko.

First item in Kotamäki’s musical biography are ‘Funeris Nocturnum’, whose sound is very good. This ban featured also Aleksi Munter, the frowned keyboardist, who I loved to watch during concerts of ‘Swallow the Sun’. Mikko’s and Aleksi’s relationship resembles of a very long, possibly exhausting, but a happy marriage. They both started their career on the black metal scene and one must say, that the sharp sound of black metal scream produced by Kotamäki’s character called Tormentor or Goat Tormentor, suited Mikko very well.

Mikko is a talented seeker of a good music, and so the songs of bands like ‘Alghazanth’ ‘Verivala’ or unique black metal project ‘Empyrean Bane’ are reaching high above average. Another surprise comes, as Mikko’s voice switches into deeper growl backed by progressive, very melodic music of ‘Barren Earth’ and starts to sing lyrics, which are absolutely Satan-free. The boy brought by Christmas reindeers is full of surprises.

Mikko also started to work on his new cult in ‘Barren Earth. He started to search waters of clean vocals. And he had quite a fight with them. While in growling or screaming, he could perform wonders, clean vocals tortured him a little in the beginning. Kotamäki however is a musician by nature with a very good hearing. Furthermore, he is had working man and so he kept fighting clean vocals. He succeeded in the end and he got such a level, that I didn’t recognize him, when I listened to lyrical song ‘Kidukset’ of a new born band called ‘Alase’. With a deep bow, I must say that he won the battle.

Moreover, Tormentor washed his paint away and got on a slow doom metal train. He helped creating a rich and stylish music of ‘Kuolemanlaakso’, where he still was using all the possibilities of his magical scream. By that time, he had already been involved in the project of ‘Swallow the Sun’. Every small side trip to other bands always resulted in something good. ‘Swallow the Sun’ however became his base. Kotamäki met his muse called Juha Raivio. This composer wasn’t afraid of casting the terrible tormentor in role of weeping reciter of lyrical words. Surprisingly, the two personalities got on well. The composer of a sad runes found his rune-teller. The band consisting only of excellent is the real bearers of the genre.

So, what is the uniqueness of Kotamäki? It’s hard to describe, but I think that the most important feature of his personality is that he himself isn’t a creator but some sort of emotional transmitter. He isn’t telling his own story, but he resonates with that which was written for him. He has the ability of transmitting emotions of the authors on listeners and it doesn’t matter whether those feelings are of Markus Laakso, Juha Raivio or anyone else. Kotamäki isn’t a storyteller, he is a iintermediary between the story and the mood of the audience. I have a feeling that Mikko wouldn’t go into a project, where he couldn’t create emotions. I think that only a technical singing wouldn’t attract him. Not that he wouldn’t be good at it, but it might be boring for him.

The effect of seeing him live is in a contrast to self-revealing impression he gives through his voice. Kotamäki is standing still, locked inside a bubble of his own singing space. While his voice is begging, screaming, whispering, caressing or tearing the flesh from the bones, Mikko himself is standing nearby. He uses only a limited set of gesture, otherwise he is more of less static. He sometimes looks frightened of being surrounded by so many people. The lonely singer on the stage of the world looking rather fragile. Oddly enough, this impression persists even when he’s wearing his black metal mask. Kotamäki is somehow a submissive singer. He isn’t trying to give the audience himself, he is trying to give them the music and this is very rare when it comes to frontmen singers.

I could write several pages about Mikko, but even better is to listen to him for a long time. And the metal audience can give a thought this subtle but yet significant star of a Finnish scene. Before everybody starts celebrating the winter solstice of the birth of Jesus, I’d like to wish Mikko happy birthday and thus thank him for all his fans… that is even for myself. So: ‘Kippis!’ ‘Cheers, Mikko…’