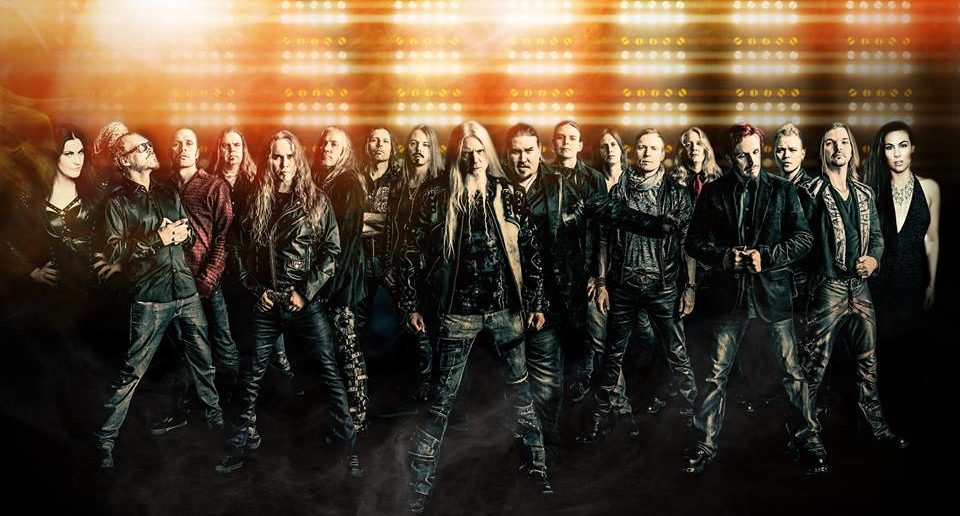 The hard facts and plans of Raskasta Joulua

It is particularly rare to get some hard facts on the finances of such project or any tour. These things are usually not spoken of. But already before the actual interview when I kind of had a social cup of coffee with Erkka he was very much straightforward, neither hiding his opinion nor facts. I very much appreciate this and all the more my big, big thank you, Erkka!

„Yeah“, I confirm. There is one more thing I’d like to know. Back at the end of the Turku show I had attended, as mentioned above, Erkka had spoiled my company and me with his hope to get the tour on an international schedule. Time to learn, what has become of it. „We did the album in English language. And we were a bit unlucky with the release schedule because it happened in a time where our record company was still like creating their markets in central Europe which wouldn’t be in my opinion for us a main target area. They didn’t have a marketing plan.“ – „Ok.“ – „We didn’t get any shows. We didn’t get any promoters interested because there was no marketing plan. The album just became a cadillac number which was sad because of all the power of the album. And then you know since everybody’s just looking at the numbers you know it wasn’t a hit so no one would gonna do us another. We are releasing one single song in English this year. So is it easy to do. Hopefully there will be a video as well. It’s an international tune; it’s not a Finnish traditional. So we’ll see what happens. Hopefully they’ll put some effort into it. It will be a digital single. And we’ll see where that takes us. As the marketing for the tour, as already mentioned some of our guests will be international singers. We hope to get something working out that way. If artists would speak about it. And see if it goes that way. But as I said, our target area has to be the German-speaking areas and areas around that in stead of trying to go to the UK which was offered to us. You know: ‚Come and do shows.‘ – ‚Ok, how much?‘ – ‚None.‘ – ‚Sorry? Can’t come!‘ It’s like no. We can’t go and pay ourselves.“

„No. Who would?“ – „No, for example. Even when we were recording the English album and the American department of our record company started speaking of a tour, I was like: ‚No, I’m not gonna go competing with Transsiberian Orchestra in their own country touring on a minimum!‘ And paying to play, basically. While in here we can actually make some money and play for people …“ he takes a moment and thinking of my experience from Turku I hear some word slip from my tongue: „who really love to come!“ — „… are coming for the shows at least for certain in some numbers. So of course, it is the logical next step. But it needs to happen slowly. We go out, let’s say, for a week at first, see what’s gonna happen, you know, try to get some money behind it. And then see if it grows. It is a long journey to go there. But if we get the right kind of help from the right people we could exallerate the process a bit, maybe. But it’s a big questionmark. We are big risk takers. And those risks have always paid off. Of cours, it has to end at some point.“ – „Of course.“ – „But, nothing happens, if you don’t take risks. If there is something that this project has taught me, is that, you don’t have to sit on your as waiting. No one is gonna come and take you out. You have to go and smell the air. And you take the risks and see what happens. You’re not gonna die if you fall.“ – „No, it’s not gonna kill you.“ – „Anyway it is like that, this year especially we’re lucky enough to have a producer who believes in the show so much that he wants to fund the entire thing. So we’re doing the thing not on our own risk any more.“ – „That’s really cool“, I state gladly. „Yeah, we have a producer.“ – „That’s a big step.“ – „Yeah, that’s a very big step. And we did it on our own risk – fully – from 2013 until now. And before that we did all theatres on our own risk. So we do know what taking risks is. Last year, our risk was already several hundred thousand Euros. This year, the risk for the producer is 1.5 million Euros.“ I swallow. It’s not that the figure is surprising. Considering the shows and the effort it seems appropriate. But then I had never thought to have access to such figures and then an opaque idea becoming a hard fact on a sheet of paper is a different thing: „This is fat! This is a really fat figure!“ – „The break-even for each show is 1,800 tickets. Break-even for each show!“ I stare at Erkka my eyes wide open, remembering Turku with roughly 1,400 tickets sold being the biggest show by then. „You know, I couldn’t sleep with these figures if it was my own risk!“ he says frowing. „I would fucking not sleep.“

„But if I go back to that show in 2013 that I saw, how happy you all were and relieved. And I think it’s gonna work out.“ – „We’re already, to be honest and to be happy, we’re already ahead of the schedule we set for ourselves regarding ticket sales. So we are doing better than before.“

„You started selling tickets actually a bit earlier than in the last years, I noticed.“ – „Yes, as we have so many tickets to sell“, Erkka says laughing, perhaps disguising a bit of an uncertain feeling whether or not things will work out. „Last year, we sold 35,000 (tickets). I think we got close to 94 % to all the tickets sold. This year, there is almost 70,000 tickets. So we almost doubled the capacity. So we needed to start early. At the moment, there is a big, big back drop hanging over Hartwall Arena. On us. Actually I need to go and take a photo.“ He smiles confidently. „I am still a little kid who plays guitar and dreams about things. I get exited.“ And I smile happily, too as I found the kid in my interviewee: „But that’s what music is about, isn’t it? The inspiring part of it.“ But Erkka replies almost a bit sad anyway with a kind of heaviness in this considerate tone: „But it’s not like that for all people. I meet people on the road. I know a lot of artists. I know artists who need their own suits in a hotel room, and all this fucking bull shit. You it was never about that for me. It was about different things. And I have always been concentrated on the music. And what’s actually really mean to me is: The fact that I live in 500-Euro suit in a hotel is not gonna touch anybody.“ It is obvious what he intends to say: „The music does!“ – „Yes.“ 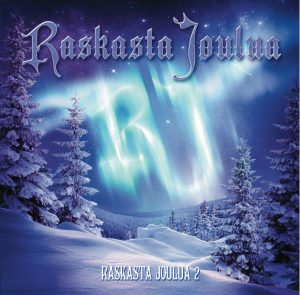 „Actually I think that it is a real privilege to have a lot of fans or have an audience come and see you. Or to have someone buying your cds or your merch. It’s a real privilege if you’ve made it up to that point. And if you go on stage and then do a show like being the most bored people on earth while playing your music“ – „or having the vocals coming from a hard drive to which you then have to dance – what the fuck is that all about“, Erkka continues my thought. And I add: „This can’t be music.“ In a kind of sigh he utters that he goes along with my words. „I mean, that’s not what it is about. And it’s not what gets the people back to the next show. They’re gonna be bored and then everything declines.“ – „And if the thing is based on you being on gossip magazines it’s gonna die as quick as it was born. Because they’re gonna find the next one who’s gonna be on the gossip magazine. When they gonna get bored of you they take you for a used napkin and throw away and in comes the next one.“ – „Definetely. And while the music, it stays.“ – „And that’s why I am glad that we used almost ten years to create this thing. Nobody can take it away from us. And the brand is such strong. And it’s connected to certain people. And now it’s of course legally protected, also. But it wasn’t for a long time.“ – „But it’s good you’ve done that step.“ – „Yeah, we’ve done that. So nobody can take it away from us. And it’s become a tradition for so many people in so many places, ages, generations. People want us to come back every year.“ – „But this is actually something that is really great.“ And I mean it. This, perhaps, is the greatest goal you can achieve with a show, that your audience wants you to come back, not once but regularly again and again! „And it is great if you come to concert here in Finland that the audience is ranging from the very little ones up to the grandparent generation. You have everybody, every age and social group in the audience.“

I come to my last question and this one is only for Erkka, none of my usual set of odd questions. As it happens his musical activities reach back into his teenager years. And there was band whose memebers might still mostly be known to the metal community today. So the question if there would be a revival of Sininen Hevonen is not totally absurd, perhaps. But it was surprising! Erkka inhales surprised perhaps even a bit startled. „I don’t think that I want to work with Ville Juvonen anymore. The guy was singing there. He is into weird electronic music these days. Even when we did some stuff in the early 2000’s he wasn’t really into it in a way, you know. It seems even in a project like this music has been too serious. He wasn’t able doing it timid shaken off. It was evident in the recordings that we did. And in the shows that we did. It’s not probably the right place for him. It was fun. But maybe unintended maybe we don’t want to wake the dead horse.“