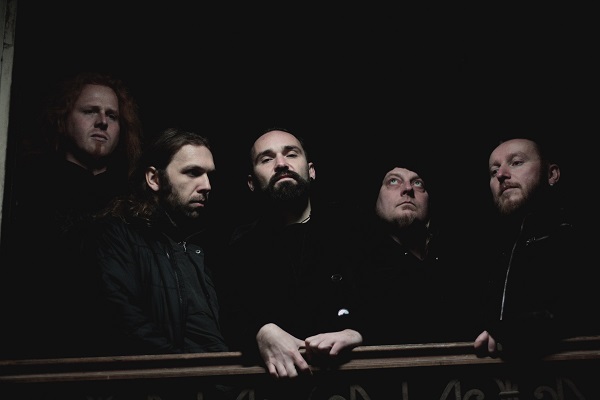 In 2003, Stephan Löscher (or just Stephan L) founded a solo project, which has turned into an avantgarde-black metal band called Fjoergyn. The former one man’s band now composes of six brilliant musicians.

Fjoergyn released a new album called ‘Lvcifer Es’ in February and, following the example of previous full-length albums, even this one is complicated, complex, colourful and ambiguous. Someone who had expected the traditional raw black metal or the stylish symphonic darkness escalating into predictable heroic motifs would be a bit disappointed, for Fjoergyn are masters of not fitting any genre category sufficiently. Their genre is… Fjoergyn. Homunculus born from the essence of formal black metal grew up and leaked out of the house in many directions. Now it reminds a strange octopus, whose tentacles touch technical industrial music, symphonic black metal and even doom metal. For Fjoergyn, the use of symphonic cliché is more surprising than for example using a saxophone. The band can shock you by what would normally be expectable than by features that don’t correspond to any genre. This is an advantage as the members of the group are so musically mature that they can dabble into any kind of experiment.

Fjoergyn moved away from the original conceptual trilogy but the topic of a man, his inner conflicts, and his struggle with an outside world, has remained. What also remains is Fjoergyn’s opulent musical style, full of impacts and influences which are hard to cover at the first listening. The brilliant instrumentation is a big strength of this band, which balances on the edge of many genres. Numerous layers of music are what turns Fjoergyn into a music, which requires listener’s full attention.

In the music of Fjoergyn, there is only a paper wall separating black metal from modern classical music. Surprisingly enough, Fjoergyn gets closer to the classical music through its acoustic passages, where many interesting musical ideas are used, rather than through its symphonic bits. The guitars’ scarcely use the heavy and raw sound. Most of the time they play with various melodic ideas and this applies to all the instrumental bits.

‘Lvcifer Es’ is very baroque in its character. It’s full of vaults, trinkets, almost invisible improvements of present methods and melodic ideas. The raw, strong, and suggestive singing voice, which is the central pillar of this elusive building, creates a nice contrast to this baroque finesse. Not using English perfectly corresponds with Fjoergyn’s intention. German is a better contrast to the ornamental music. It represents a pillar made of concrete in the middle of a baroque church. It sticks out of the thick instrumental part, it scratches, bites and burns.

I like using of languages other than English and, maybe unlike many others, I like German itself. The language has an interesting sound. There is a rumour that this sound is harsh. And bands like Fjoergyn profits on this rumour. German, in reality, offers more than that. That’s why I was a bit sorry about is not using the wide range the language provides. Sticking to the imperative, thundering use of the language, which then sounds like an endless stream of imperatives, is something that loses the intended effect after some time. It’s the same with Wagner. The continual, never-ending musician’s orgasm is nor bearable for a long time and a listener loses the ability to concentrate on the message because he’s overwhelmed by the form only.

This is a pity, for the message is a solid and interesting one. It’s not a typical black metal cliché full of randomly used symbols. The picture of Lucifer is used for critics of society and mirroring the man’s part in the world. It’s not only about toying with human submissiveness, it’s not an obscure theatre play or shadow play of the past. It’s a contemporary reflection of the reality in an ambiguous nightmare.

From the songs’ titles, it might seem, that we’re looking at one of many black metal albums, which repeats the known, empty phrases as an endless litany, however, Fjoergyn use the symbols in a clever way and they apply them to our everyday life. ‘Der Teufel wohnt in Dir allein…’ that might be the most important thought of the album. All those Leviathans, inquisitions and Lucifer himself, are used as a picture of the society. They represent unsolved social topics and even our own unsolved issues. It’s not about adoring any philosophy, and it’s not even an anti-religious league. The album is a psycho-analysis of humankind and its twistiness.

The album as a whole is a true musical gem meant for quite sensitive ears. The musicians will surely get carried away by it because the music is technically very strong. It features easily memorable tracks such as ‘Viva la Inquisition’, which dominated the album. I was quite grateful for the calmer moment, where the tensed erection eased and I’d like to hear more such moments because without them every epic escalation turns into a stereotype. 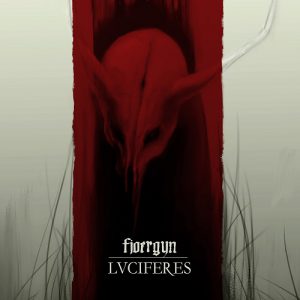 It’s definitely not an album for a wide audience. Fjoergyn as such is a difficult project for mental processing and thus only a really strong bit of their albums get wider popularity, the slipping the attention of a common listener. Nevertheless, the musical vampires who needs to suck the quality, experience and energy from the music will be thrilled. This album can’t disappoint anyone. Fjergyn did their job well.