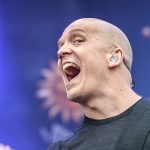 “Empath” – that’s Devin Townsend’s new album to be released tomorrow (March 29th) promoted by his tour beginning the very same day in Helsinki (tour dates here) ! Shows all over Europe follow, such as Thursday April 4th in Berlin or Saturday April 6th in Prague! In May and June he will conquer the stages in North America and return to Europe in November for more shows! 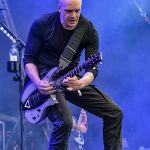 Devin Townsend. I have never been a friend of genres and all the more names that simply exceed the dimension of this term by their unique style I find most inspiring. Devin Townsend certainly is one of them. There is a long list of musicians as colourful as his musical output with whom he cooperated over his more than three decades spanning career, for example Jason Newsted, Steve Vai to begin with or more recently Anneke van Giersbergen. The last two of those and quite some more such as Frank Zappa or Chad Kroeger have participated in Empath. We can’t be more exited to listen to the result. 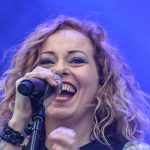 Interestingly, he has carefully picked very atmospheric venues to present „Empath“. Numerous theaters (i.e. Helsinki, Bremen), churches (i.e. Berlin, Haarlem) or particularly ambient as the Gruenspan in Hamburg will certainly provide a most appropriate frame for his unique music promising matchless concerts to come! Tickets have mostly been sold out so apparently I am not the only one being thrilled to experience Empath live!