MAYHEM – „DAEMON“: A Darkest Pearl Of Intricacy In Simplicity

One thing is for certain…the fans are in for a treat!

Everyone who knows Mayhem should know by now that they can’t be put into a box. The band of course has it’s roots in the dark forests of Norwegian black metal, along with the history that gave birth to the genre. Nothing can ever change that…but if you think that makes them predictable, you’re dead wrong!

I imagine that those who stay in dark cold corners judging themselves to be the definition of “kvlt” or “trve” will complain, just as they always do anyway. Aside from them though, I expect this album to be well received. This is not a band that has ever expressed a desire to hold onto the rules of traditional black metal, and “Daemon” is no exception.

The devil is literally in the details, namely intricate drumming, catchy breakdowns, and the haunting, tortured voice of Attila. The raw and unforgiving chaos of the guitars, which includes well placed bits of melody, make for an altogether enthralling listening experience. Teloch, Ghul and Necrobutcher create that dissonant sound that reminds us of their black metal roots.

“Aeon Daemonium” shows off these intricacies especially well in my opinion, but they can be found throughout the work and I really can’t pick a favourite song.

Despite these perfecting touches, there is a simplicity about the over-all album, which was apparently intentional. That does not mean it is boring, though! Quite the opposite! I find myself listening to it again and again, and I imagine that I’d have it on repeat for some time. Metal, regardless of the type, does not need to be excessively complicated to be top tier.

The drums are my favourite part of any album, so naturally Hellhammer had my attention from the start. I absolutely adore the thunderous sound of those fills! More emphasis seems to have been placed on getting the bass, snare and tomes to make you feel as if you’re being punched in the gut. It’s especially apparent during breakdowns and it leaves the listener craving more, which they of course deliver. Drums were recorded in Stockholm, in an old church. That would have aided in the creation of this amazing acoustic, I imagine. The mixing process then polished it up beautifully! Hellhammer is known for fusing finesse with speed and power: he certainly did not disappoint on this album.

Another key element in creating the atmosphere of malice is Attila.  “Malum”, “Invoke the Oath” and “Daemon Spawn” showcase this perfectly, as well as that great drum sound that I just mentioned. However, it is more than evident in every single song. He sounds as if he recorded vox walking over some very sharp spikes while knives impaled him all over his body. He ranges from deep growls to shrieks of evil, punctuated by haunting screams and chants. Certainly, more intense and captivating than the regular vocals of black metal. Attila is a force to be reckoned with and he’s not about to let us forget that.

Cohesion is something that Mayhem always manage to nail down quite well…which may come as a surprise given the wild and unbridled nature of their music. I admire this and it is something that bands master only after years in the game. They are experienced musicians now, matured by time. Despite whatever life throws at them, they can put together the pieces of the puzzle that create a killer album.

The beauty in darkness, the order in chaos, the intricacy in simplicity. These are concepts that I appreciate, and they were all captured in “Daemon”. Yet another work of evil art from the masters, Mayhem! 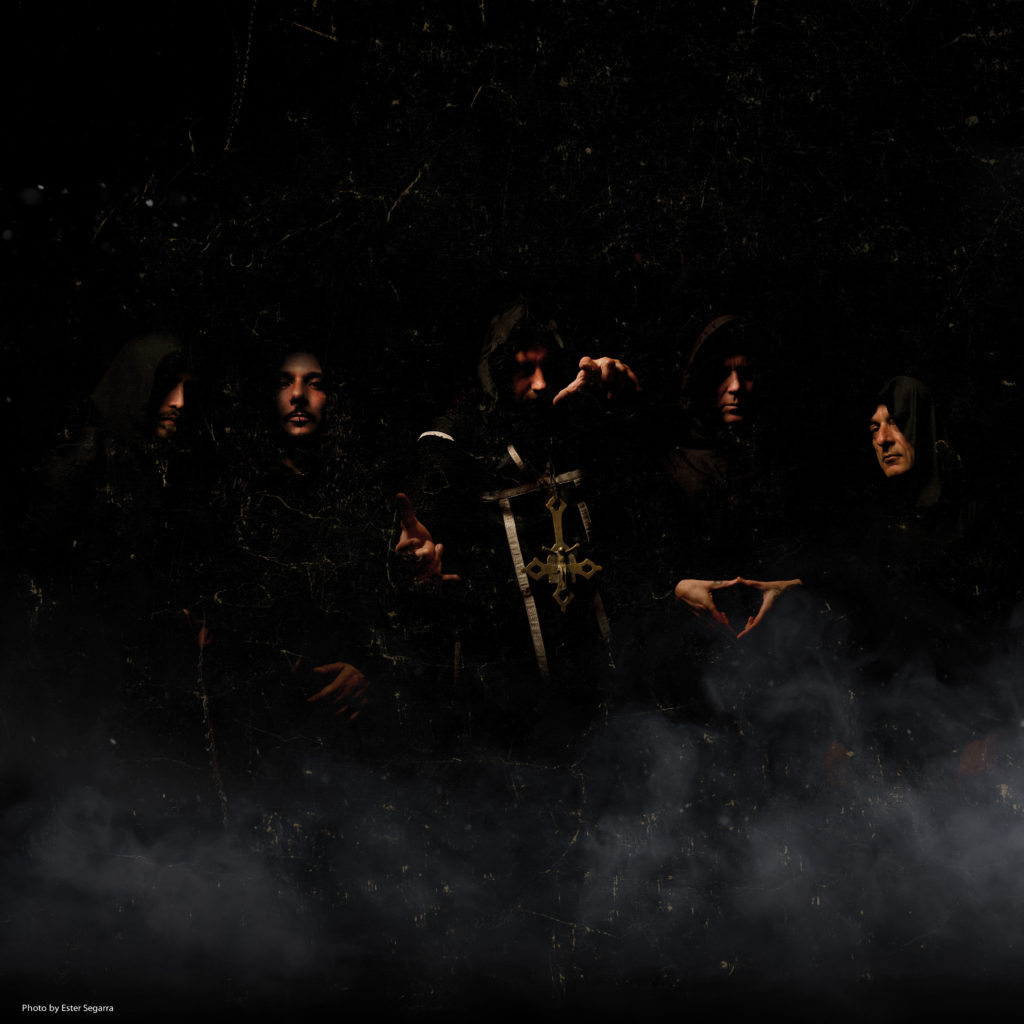