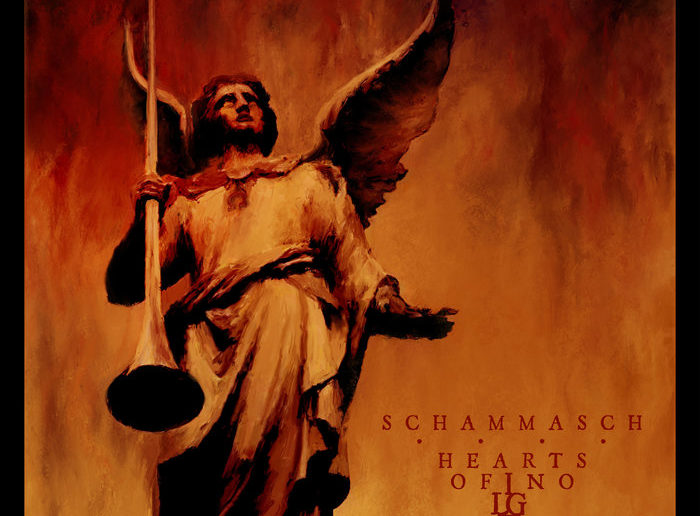 Review: Schammasch – Hearts of No Light

Listening to the new album by avantgarde black metallers feels like an intimate re-union with an old friend who has given much to your life. He has brought you a lot of joy, unexpected and unforgettable moments and mostly he’s found empty places in your soul and filled them with the genuine essence of something you’ve ever craved for. So when I hear the first tones of  „Hearts of No Light” time stops and I am emerging into a new reality which has nothing to do with the normal one I live in most of the time. I am fully embraced by spectrum of schammanien version of black metal. The main maker’s handwriting is obvious right from the start. Layered and spiral riffs with a mystic undertone of bass lines tearing nothingness apart, tempo changes – from slow tantric passages to a stormy chaos and the mesmerizing sound of shamanic drums.

For me, Schammasch was one of the bands who had their own path and vision and they never crossed their ideas with ideas of other bands. They were a lonely but brightly shining star in the black sky in their own musical universe. They were able to come up with new ideas, seed them and grow them in the field of their originality. I have always adored their lyrics talking about exploring their inner selves, their own spirituality and walking through blackneness until the light is found again within the deepest abyss of our souls. I remember experiencing ecstatic states while listening to their music. During anxious passages full of void, I could feel million thorns hurting my bare foot on a rugged road, after that I was poising in the highs of eternity on the waves of layered riffes and ethereal vocals. I’d be telling a lie if I said that  „Hearts of No Light” bring the same feeling. No, it’s been different, it’s been darker, more atmospheric, deeper, although I cannot feel such an ethereal vibe that would tear my soul into pieces I did in the past while exploring previous records. Something has changed. I feel more black metal flavour than ever before, but not the one you wouldn’t know. The one you heard a few times before in music of other bands.  Schammasch can still serve it in their own style though. They haven’t forgotten their roots and you can still sense them as ghosts of the past. There is one track that stands out like a diamond among coal and it is called  „A Paradigm of Beauty“.  It’s something that has an ability to shock you, to struck you like lightning and leave you with your mouth open for minutes. You’d never expect to hear it from Schammasch but it’s here and guess what, it is bloody catchy. At the beginning of the song, there is nothing suspicious but all of sudden the sound transfers into catchy heavy metal/dark rock. Bring me the Horizon immediately came to my mind when I had a chance to hear it for the first time. They have changed their style so rapidly and this song is the same, it’s been so different from the music Swiss metallers make but it is cunning, melodic, you feel like dancing around and it’s so weird to write these words in Schammasch review so I hope they won’t stick to this style on next records. You never know though. Maybe one day, we’ll be standing in the front row and shouting: Play at least Golden Light now 😀

In general the album is a mix of older material and newer ideas expressed more straightforwadly. There are still sheer depths that are ready to snatch you off to the ground full of resonating melodies. I still feel the lack of invisible ethereal spirit which was springing to the surface on „Contradiction“ and „Triangle“ but I am swept away by album’s density connected to crystal sound which is expanding like a black hole and swallowing space around you.

The truth is Schammasch are very demanding to listen and it is almost impossible to finish the whole recording at once if you want to catch every detail of it. If you want to completely understand Schammanien realm, you have to relish every moment when fingers touch the instruments. So if you long for a strong musical experience, you are at the right place, just be ready to play the recording more times and explore new details step by step.

Schammasch - Hearts of No Light 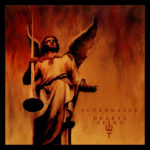