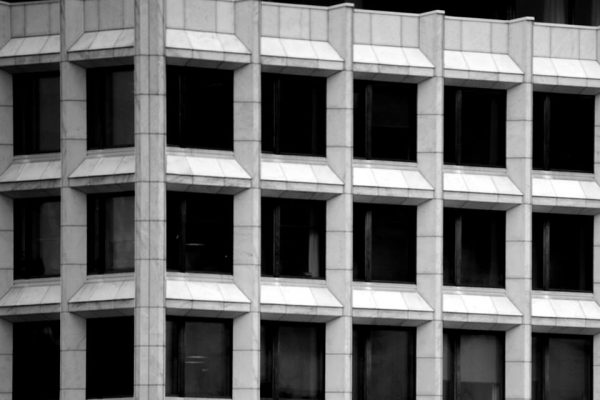 Finland – Origin as a musical inspiration

My task was to write about how music is influenced by the place of its birth. I got this task from my boss. And one must take that seriously because, after all, the boss has two haunting looking dogs…

So, try to tell a Finnish metal specialist to write about his field of expertise and he’ll easily fill two pages of text. If he’d like to get rid of the question and run away from it, he’d write some old and well-known stereotypes, such as Finnish melancholy, Finnish weird, the urge to get naked even in the fast food because sauna is a sauna. If you know only about ten Finnish metal bands, you the stereotypes will serve you well enough. But if you know several hundreds of them, you have a slight problem. Of course, I can write a couple of pages about Finnish melancholy but what about Hevisaurus then? This Finnish band might drive you to melancholy if you listen to it for long enough, however, it is not depressive in itself. The Finnish weird might fail when it comes to some bands whose normality would smash it into pieces. Even I know, let’s say, a dozen of pretty normal Finnish bands. The relation to nature? Yeah, fine. This is a particularly good one. Still what about all those industrial metal bands such as Turmion Kätilöt, whose music is doing fine even without the wolves in the forest? Does the Finnish metal sound differently from Norwegian or Swedish one? To be honest, I really don’t know.

What we can rely on is a language. Those who sing in Finnish are definitely very Finnish. But for those who know Kauan, even this could be problematic. Kauan sings in Finnish. It’s a Russian band. And for example, Finntroll are so Finnish they choose Swedish to be their official trollish language. So this isn’t getting us any further. Let’s try symbols. There should be more swans, trees, Tuonela, some bear, perhaps even a moose in the Finnish metal. Yet there are songs full of bars, cars, divorces and Twin Peaks.

How about fame? Well, are bands like Lordi, Nightwish or Apocalyptica more Finnish than for example Albino Rhino or Sinamore? Hardly. Style? Finns tend to love very sophisticated musical design. So will Hanging Garden be more Finnish than Saatanan Marionetit, who don’t give a damn about design? No.

I used to know what was typical for Finnish metal in time when I knew about fifteen bands. Now, when I know hundreds of them, I’m not sure anymore. Of course. When you’ll want to hear something very Finnish, something so Finnish, you’ll actually feel the taste of salmiakki during the listening, you’ll probably choose Amorphis, Korpiklaani or Moonsorrow. I am a Finnish metal addict, which means that if you’d ask me to play any great music from any part of the world, I’d start with Swallow the Sun and through another thirty bands I’d get to a different music from a different part of the world such as Nick Cave or so. And I really do not know why it is so.

What I personally like about Finnish metal are Finnish metalheads. If something characterizes the Finnish metal, for me it’s normality of its creators. Even those famous will answer your e-mail and they’ll behave like if they were your neighbours. And what’s destroying me completely? Their hard work. Those long nights of composing causes pain in fingers of the reviewer, who is trying hard to follow all the news. Finnish musicians are hard working. Don’t you believe me? Try to write reviews for some Finnish label and your fingers will be bleeding into your keyboards. And what else is typical for Finnish musicians? They have a sense of humour. Even those depressive ones.

So, because I do not know the answer to this rather complicated question, I dared to ask a couple of Finnish musicians. After all, why should I write some silly hypotheses when I know so many helpful Finns, perkele? 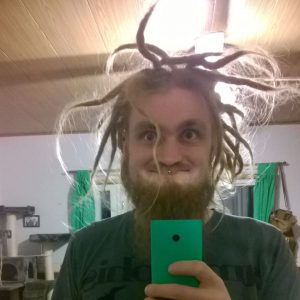 to the question. I’d say yes. If you mean by nationality that we just happen to be Finns, I’m going to say yes. The long dark winters tend to leave a mark, but it’s not just Finns. Same goes to other northern metalheads for sure. No matter what the country or nationality.  You mean by nationality that we’re proud of our country (the ‚murican style – gunz blazing) I’d say not that much. When it comes to me I think I tend to be more active on making music and seem to stumble upon „new stuff“ during the darker times. May or may not have anything to do with the „dark“, but just sitting at home because the weather sucks ass just points me towards doing something and that’s more than common that it has something to do with music. 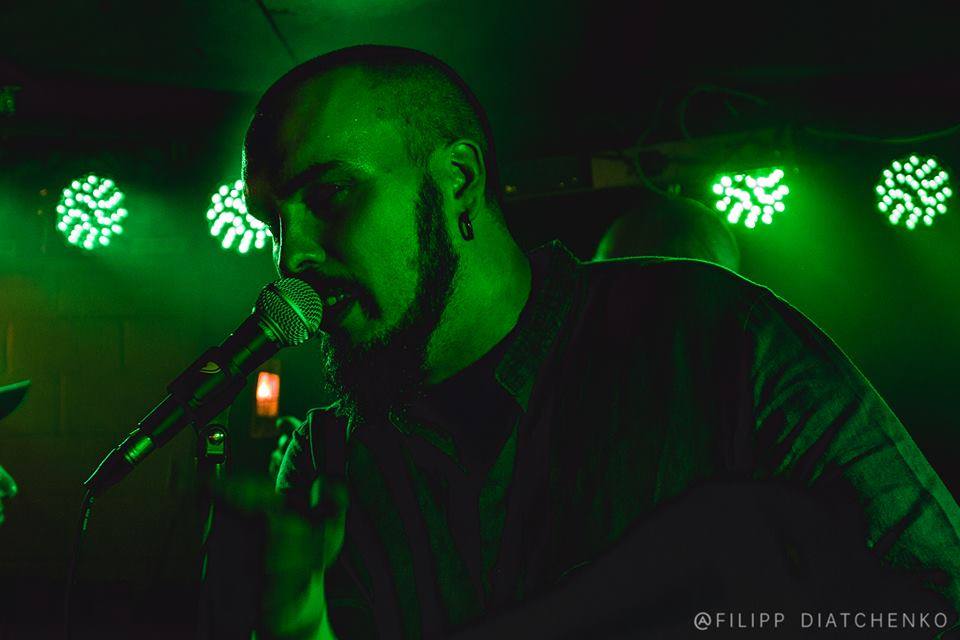 It has been kind of a tradition in here that it’s not cool to show too much emotion in public. I think the attitude is changing, but its slow. Anyways, partly because of this, men of my generation tend to pile all the crap life has to offer inside their head. Not always a smart move, because eventually the pressure has to come out.

A good solution (better than drinking your bodyweight and going psycho) is to take the pressure and make music out of it. There is this certain touch of melancholy to most of the music made in here. So to answer your question, I think the nationality is an essential part of the music. You cannot erase it even if you try. And if you try, It will show. That being said, there is no one Finnish mindset. Compared to people in the north, the people in Helsinki region are a different breed. The way people connect is changing and internet is the main reason. Local culture is just one part in the mix. 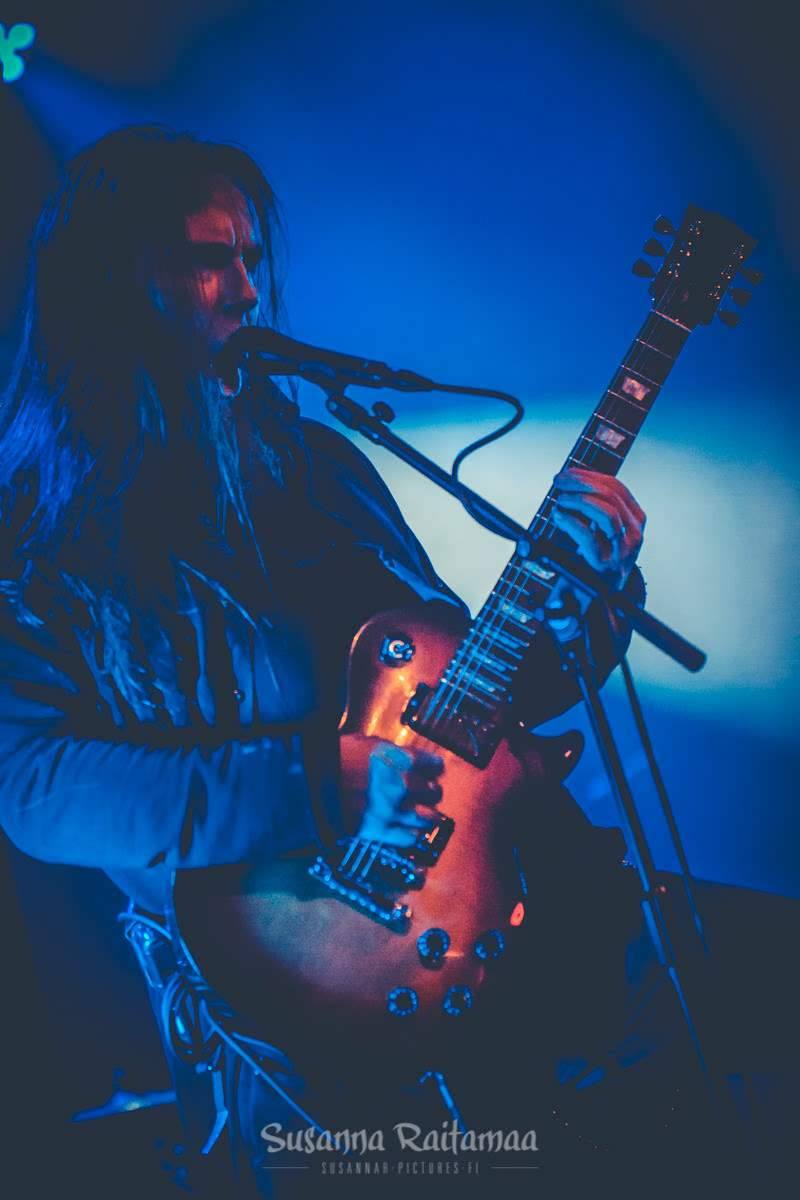 Hey. We live in a place where is cold and dark most of the time. So…

We are always pissed off! 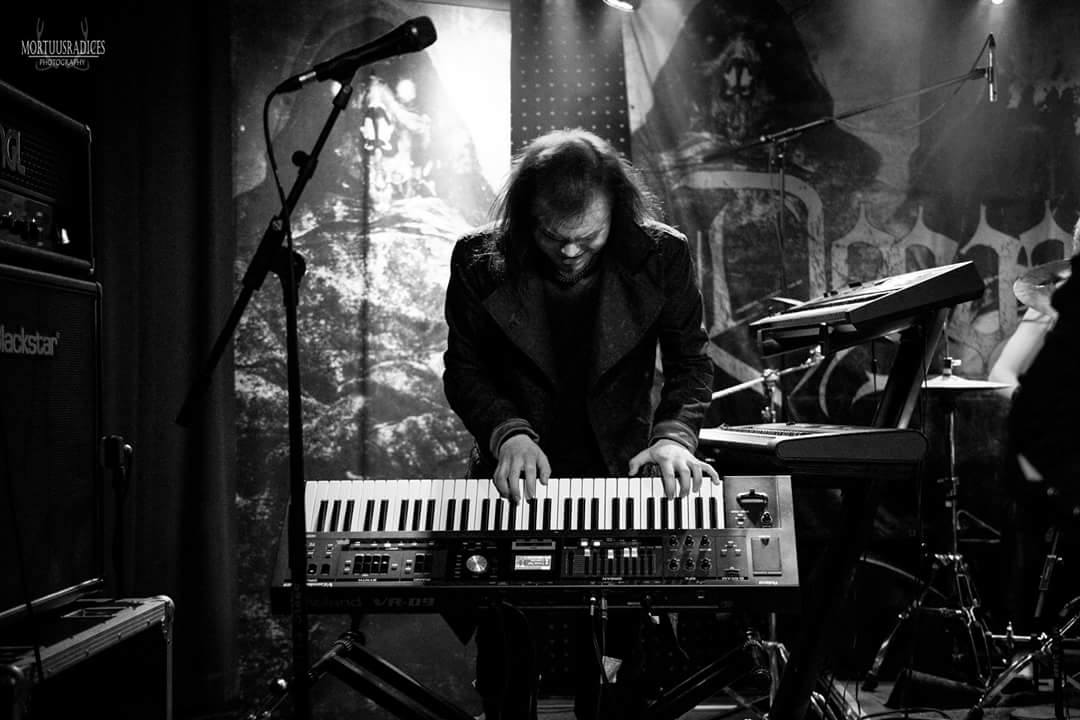 All of us in Drearyym do feel that you can definitely hear the „Finnish-ness“ in our music. We embrace that whole heartedly, but of course any kind of influence is welcomed open mindedly, regardless of the „nationality of the sound“ 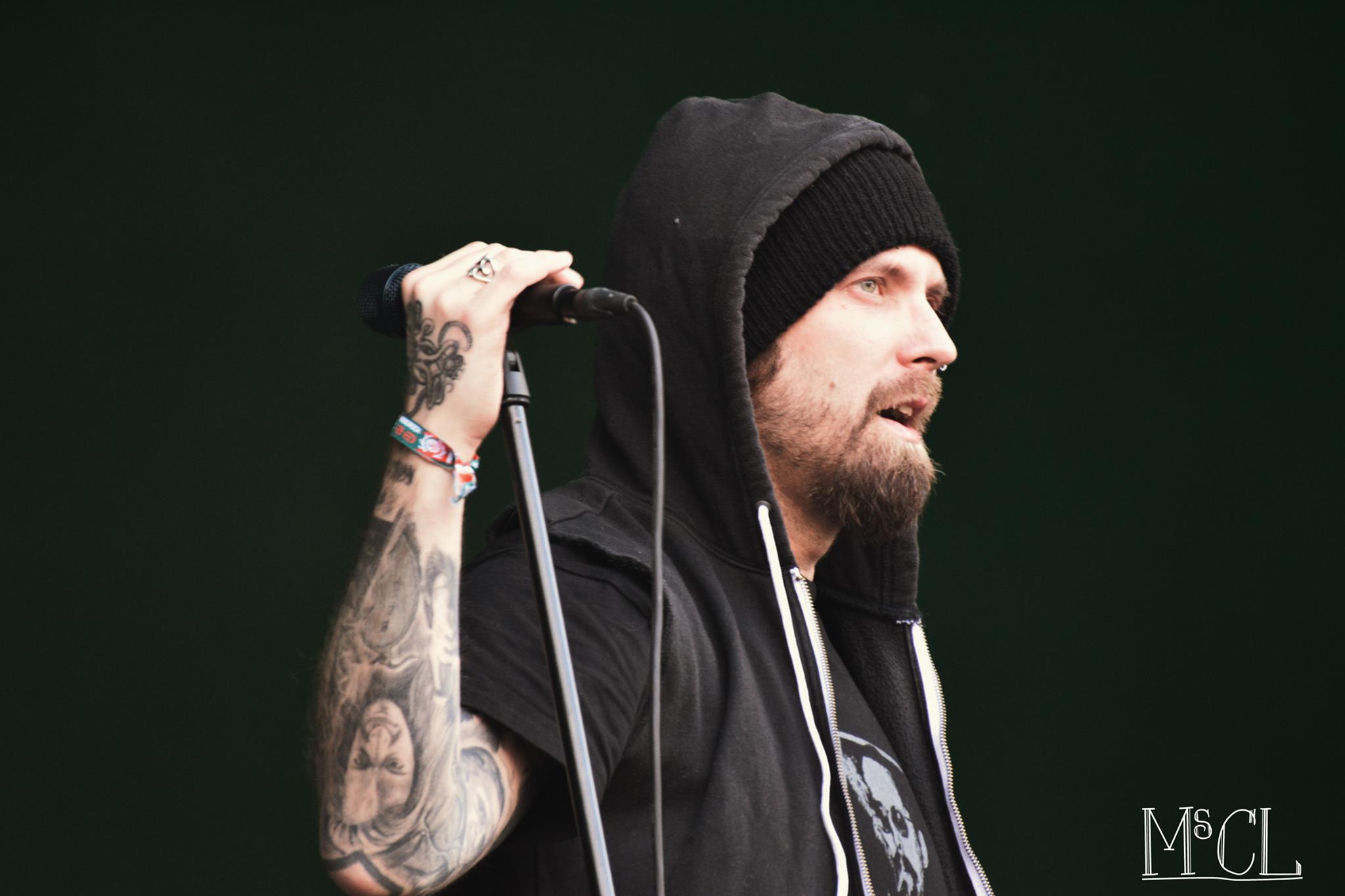 All the singers i can think of, who could probably answer where the melancholy comes from are dead. And they didn’t play metal. Topi Sorsakoski and Rauli Somerjoki for example. I grew up my parents listening to that kinda stuff. So for me it’s been natural since i was young. Nothing to do with Finnish temper cos Finnish people just get miserable, bitch about things and do nothing but take the bottle. 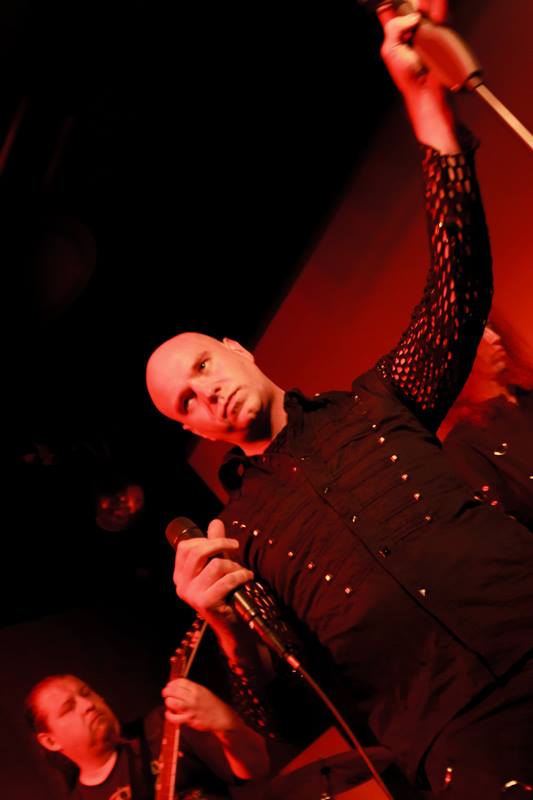 Me being a Finn does affect the music lyrically and thematically on occasion. We have written songs in Finnish and Swedish, but also in Spanish and (mainly) in English. Some songs describe the scenery, which is quite Finnish indeed (dark forests, lakes, toadstools, swans etc.)
As a whole, I’m more influenced by litterature, cinema (especially trashy monster, sci-fi and horror movies), folk tales and rather insane brainstorming within the band.
I’m not a patriot, so I don’t feel any need to romanticize my surroundings, even though I could humor myself with pretending to be one and write a song from that aspect.

All in all, yes, my nationality does affect my art, but that’s one piece of the puzzle.

While describing nature in a song, it seems quite natural to bring in that which is close to home. If I was writing a country song, I’d probably bring in rocky mountains and tumbling weeds etc. but that would be ultra pretentious… unless I made it a story of a fictional outlaw named Arizona Jim, or something like that… Arizona Jim Vs. Satan… oooh, new idea! 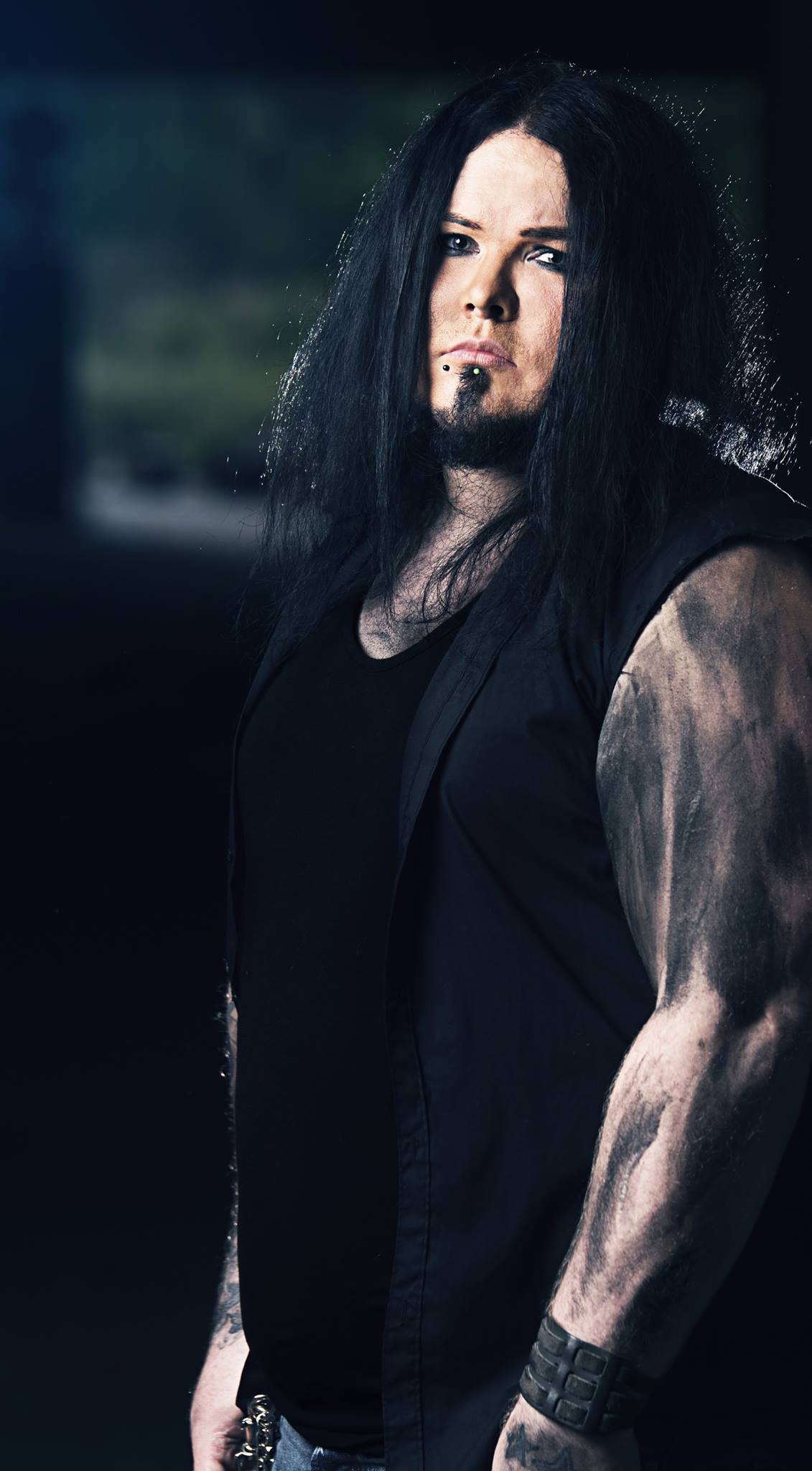 I don’t personally feel that it’s reflected in my music, but someone could disagree, there are a lot of things which people comprehend in different ways. But all in all, I feel like Finnish nationality and dark winter etc. does affect many Finnish bands.

I have never been too fond to write about Finnish themes. it’s not something I like to do even that I enjoy bands that write about northern darkness, melancholy etc. There might be some things that make us sound like Finnish band but it might be so tiny part that I don’t see it as a creator. Sometimes people express their opinions and what they think this specific song is about and I’m usually pretty surprised what they think it could mean. 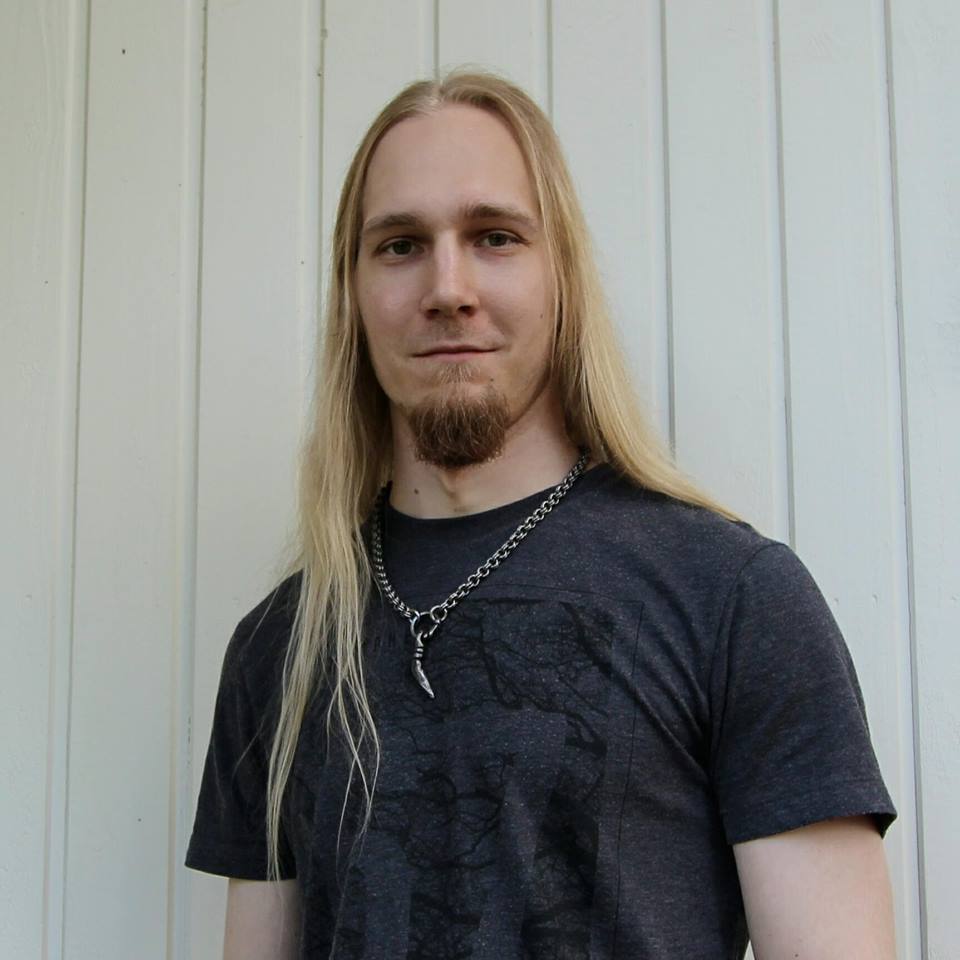 I’d say it has nothing to do with temperament and from my experience there is no any particular Finnish temperament, other than the stereotypical one. It’s more of a cultural and geographical thing. I guess most songwriters (including myself) get more or less inspiration from their surroundings. And if it’s usually dark, raining, cold etc which affects the people as well it tends to get your mood and attention leaning towards a certain direction. Also in Finland it’s very socially acceptable to sing about melancholic topics and Finnish schlager is probably the most depressing form of music on earth.