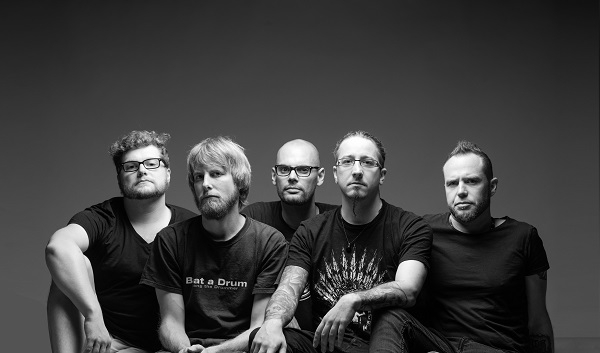 Review: Glare of the Sun – Soil

The dim light of the sun above the cold land… this could be a definition of Glare of the Sun’s work. It is a highly-sophisticated project floating on the doom sea with ambient waves and rare sharp rocks.

The music is so brilliant, it tempts even a reviewer, otherwise sparkling with the charm of awkward and shallow humour, to a cultivated language.

Glare of the Sun is built on perfect quality sound and atmospheric attractivity of seductive curves of musical motifs.

It’s a very young band founded in 2013. However, fear of listening to some experiment of people who has only bought their first guitar is irrelevant. This mixture of Austrian and German musicians is composed very carefully. I would even dare to say that it’s a travelling company of seasoned musicians.

Austrian guitarist Gerald Hubert played for example with melodic death metal Collapse 7 or in Zombie Inc., the singer Christoph Stopper has a past in Circle of Ruins, Imprecated Destiny or Proll Guns.

The band is not about twenty years old greenhorns with naïve ideas of future fame. It’s more like a similar project called Clouds. It’s a project of musicians, who need to create something very variable, interesting and played for a smaller audience. It isn’t a music, which would aim to be played in a stadium. After all, there are only few metal bands, which would fill the stadium.

The album ‘Soil‘ has perfectly sharpened edges between fragile, elegant, cold sound and brutal scream, which changes into the clean vocal that glides on the trembling acoustic fields. That creates tension, which keeps the precision of the album going.

Precision, that maybe what caught my attention the most. The music is… precise and so well balanced, even pharmaceutic scales wouldn’t be accurate enough for measuring it. Listening to ‘Soil‘ isn’t easy because it’s like a flowing and yet ever-changing stream.

Each of the eight tracks is well thought through. Yes, it’s a picture of thinking process experienced between the sleep and vigil. There isn’t so much melancholy as in Clouds. The feeling is more about drowsiness, fatigue and urge of hiding before any other sounds. ‘Soil’ resembles of a diving bell creating a bubble of tones under the world’s surface and filling it with a different microclimate.

This music works with almost immaterial layers of human psychics. It’s an undefinable vibration of something very deep. A sort of psychoanalysis through clusters of tones, defining feelings such as anxiety, anger, tension, insecurity or effort of freeing oneself, more clearly than words or books.

It’s sort of a little night music with strongly disturbing features. A listener is soothed by the calm but every disturbing tone, which comes out Stopper’s mouth, makes his heart beat faster. A little clever music, that could be more fitting definition here.

This leads me to the only weakness of the album. It’s maybe too clever and perfect, missing a more distinctive, memorable motif. Without full concentration, the music becomes only a very sophisticated background sound like jazz, and that is a pity.

I lost my concentration in the third track of the album called ‘Extinction’. However, as I said, the musicians were very clever and experienced, and so the next track called ‘Circle’ returned me to the music. The song raises those layers of soul, which contains various fears and phobias. This sharp change of style, which wakes a listener up, calms again so that it could raise later, in different songs.

The seventh track ‘Groundwater’ suited my taste the most. It’s rawer and sharper, backed by the sound of acoustic guitar and long lingering effect. A picture of the wide landscape of shadowy music and mountains of harsh singing.

Personally, I enjoyed the cruel scream accompanied by the laziness of bass. The bass player Tobias Schwab is very melodic, which creates a nice contrast to screaming Stopper. 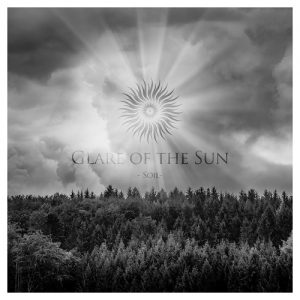 I have to mention the graphics of the album, matching the graphics of the band’s websites it’s facebook page. Glare of the Sun are architects of unobtrusive style even in this sphere. They evidently like design, and after all… why not. All that noblesse and finesse can be enjoyable. The band could also make a limited edition of white wine or cognac. Beer is quite popular within the bands now, but it wouldn’t fit the character of the album.

Glare of the Sun makes an interesting, timeless piece in the collection. It represents Austrian and German music scene in the best light of more detached styles performed with the flawless brilliance. It’s very winter, cold and fragile. The album with the tinge of winter clouds somewhere above the Alps.