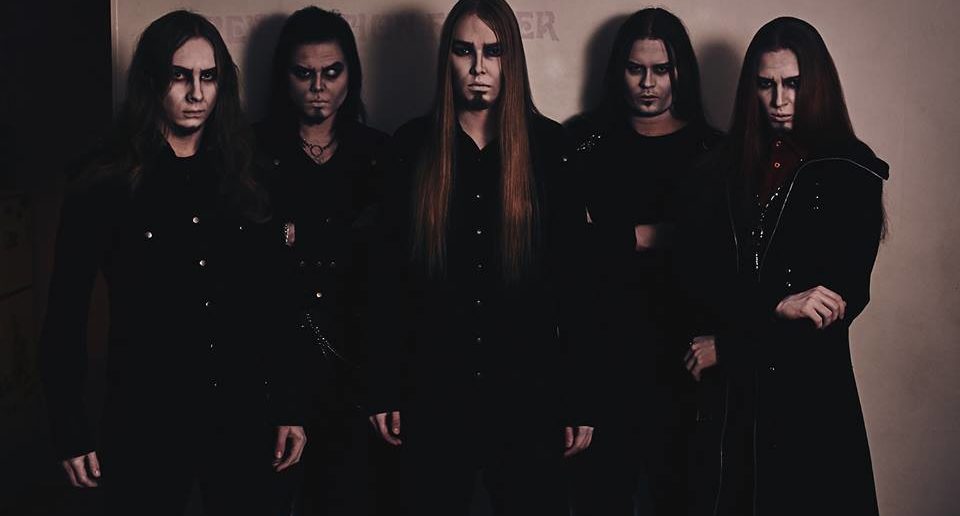 Know the feeling you know some band before anyone else do? Wonderful! I love that feeling so much, I spent my time eagerly searching for new and unknown bands and than enjoy watching their rise. I’m not talking falls now. The advantage new bands have is that they are easily approachable and they radient joy form what they create. And this is twice as true when it comes to Finnish bands. Musicians are even more open and nice than one would believe. And they are very patient as well.

This interview took place early in the spring and Drearyym patiently waited for it to be realeased. Now, I am glad that the interview is out together with their new single „Serpentry“. It’s nice to look at what is coming, rather than look back at what already was.

“We have been awoken beneath these stars from centuries of slumber…” 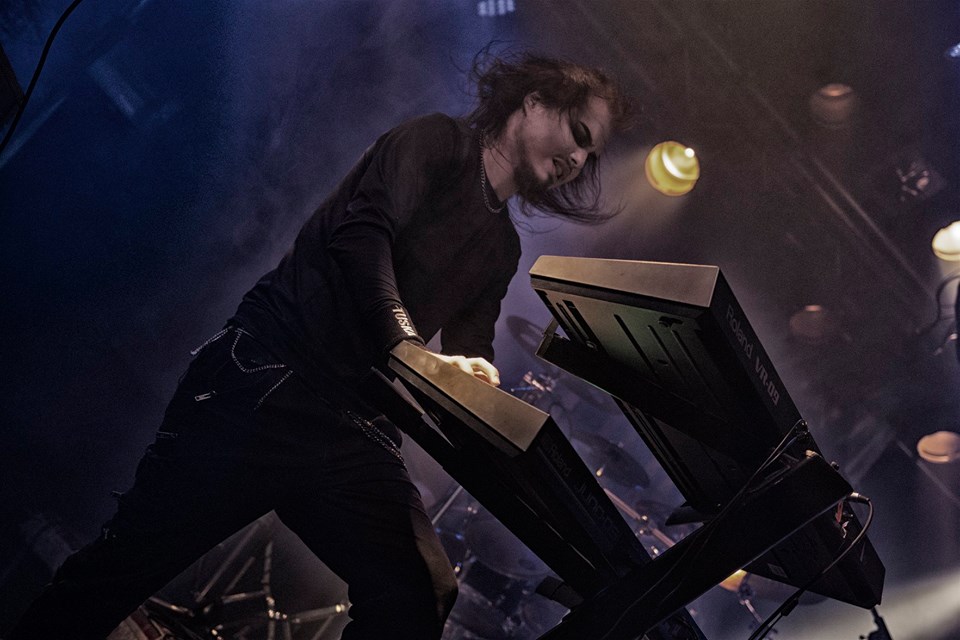 Drearyym is a young Finnish band that originated three years ago. Let’s introduce you to the fans. So my first question. What is Drearyym? What does the band name mean?

Four years ago, actually! We just had our ‚fourth birthday‘ last month. The name is derived from the word ‚dreary‘. That’s really all we can say about that, since the name was invented before the two of us joined. However, we all do feel that the name describes our music quite well

Ok so you have a founder, who actually came up with the idea to form a band or was it sort of a team work of more people?

It was our vocalist/guitarist Leevi Kuunila who came up with the idea of forming Drearyym together with our first drummer Jarno Kaasalainen. The rest of us were asked to join the band one at a time later on 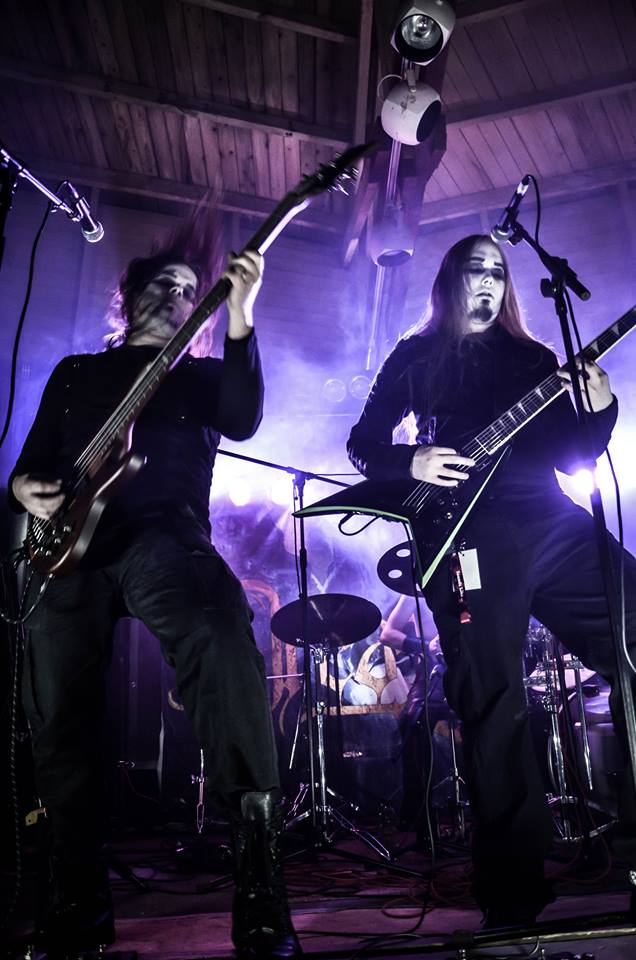 By the way, I do not know how music education works in Finland, but you are very good musicians. Did any of you study music?

Well, musical education is part of the Finnish primary school curriculum. Most of us are self-educated, but for example myself (Eero) and Leevi have had mentors with our playing through the years. I started as a guitarist when I was eleven or twelve years old, and a couple of years later I started to play the keys using my knowledge of the guitar. Nowadays I have Felipe from Frosttide as my keyboard mentor. (Felipe Munoz, pozn.)

Cool. It acutally quite suprised me that most of you are self educated. Great job indeed. Requiers a lot of discipline.

I (Aleksi) started playing guitar with strong passion for music at the age of 18. At the beginning I spent 8 hours of training a day. I’m mostly self-educated and learnt best by playing with better musicians than I am. When I joined drearyym I basically started to play bass. Before that I played guitar in many other bands such as Exiled Genesis and Minus One World. I’m an „old“ fart now. Turning 28 this year!

“The sun is fading away… And frozen is the time…”

When I read your lyrics, I found a lot of sort of classical Finnish topics there. And I have to ask: don’t you worry you might be percieved like just another Finnish band playing melodeath. Like it’s fine, it’s very Finnish, but some might say it’s nothing really new.

Good question. The way we see it, the older songs from a couple of years ago are indeed somewhat more… ‚familiar‘, maybe? But after the release of ‚Hunter’s Tale‘, I (Eero) started to gather ideas around the story of that song, which then evolved into a full conceptual storyline. That storyline is the basis for the lyrics on our debut album, as it will be on the second album also.

We’re not worried about being dull in lyrics. Our concept of the story is created by Eero and we think that in that way we can stand up from the masses.

“…From home I hied me, and from home faring, I saw a way of ways: was a way beneath and a way above,
and ways there were on all sides…” 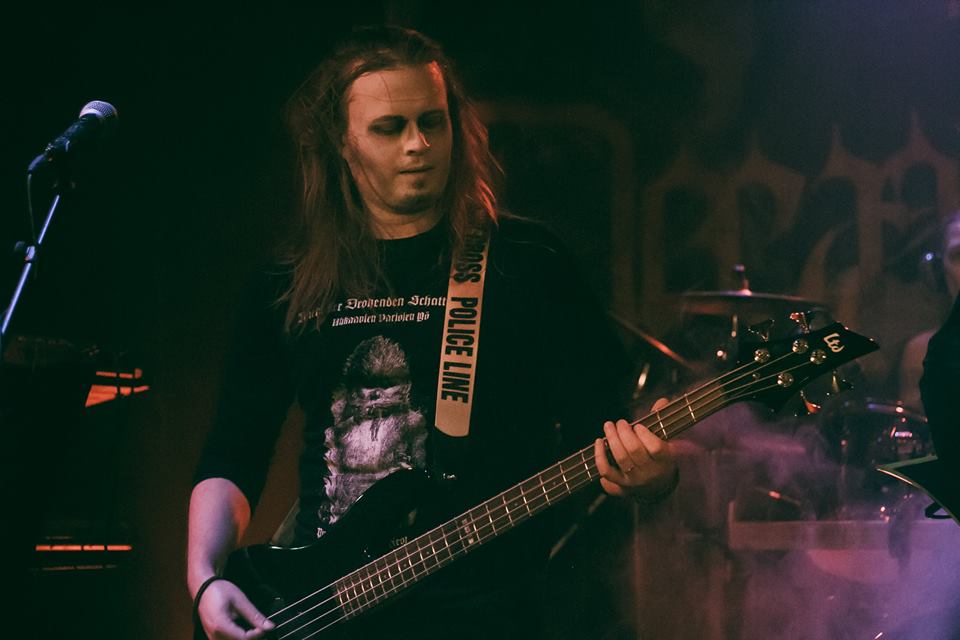 Will you continue with similar conceptual projects?

Of course it’s difficult to make any prophecies about the more distant future of the band at this point, but we have been briefly discussing the idea that we would make three albums in total with the same storyline concept. Then we’d have a trilogy of sorts, with the grand scheme of the story having it’s ‚big finish‘. After that we probably would write some different kinds of stories. Who knows, we’ll see.

There is a female clear vocal of Sara Strömmer on Precursions however, Sara has chosen a bit different musical part. What will happen next in Drearyym. Are you going to look for different female vocalist or are you going to drop the female vocals and proceed only with male voices?

Sara is a prominent member if Fear of Domination now, and we are extremely happy for her! I (Eero) have seen her live with FoD a couple of times and she kicks ass! Of course it will be more of a challenge to put our schedules together as she is now busy with them, but we have talked a couple of times and as far as I know, she is eagerly awaiting to give her best on the following Drearyym record as well, reprising her character role as The Enchantress. The plan is to have a couple of guests on the upcoming album, but that we can not reveal more about just yet. 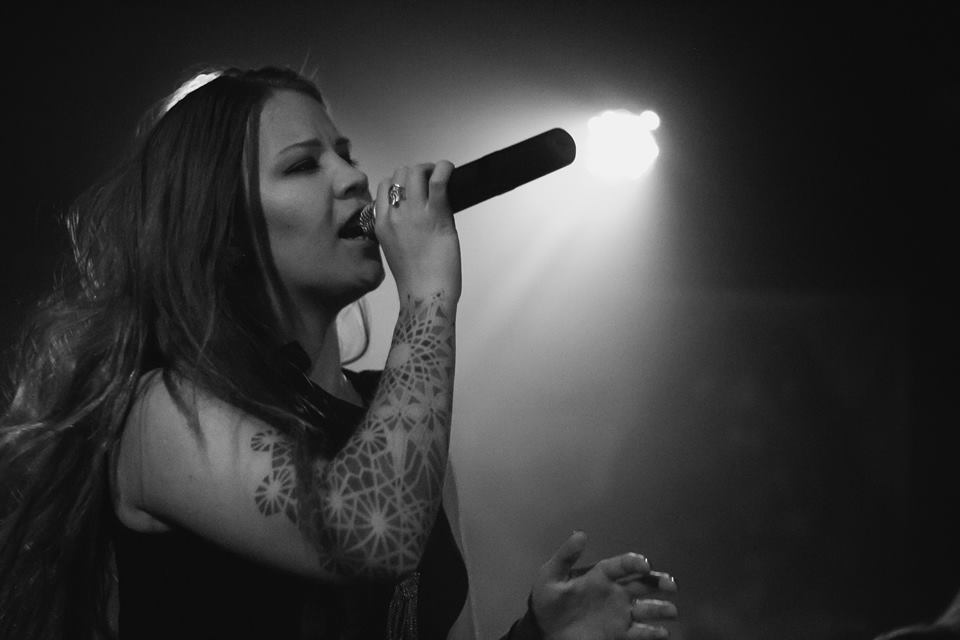 Cool. And how about live shows then? Will she have time for them as well ?

It depends. On some shows we might have time to cooperate, but mostly we are forced to use backing tracks for the guest parts. But I’m sure we’ll be on stage together on select occasions in the future!

So and what about your new album. Information embargo or tell us something more specific?

Right now we’re workin‘ on a single that’s going to give a small taste of what’s to come. The drums are already recorded and yesterday we started recording the guitar parts for the final release. There are also plans for our first proper music video to go with it. After the single release we will finish the composing for the rest of the songs and start recording them later this year. If everything goes as planned, the song and the video should be released before this summer. We’ve been working our asses off for this song and we promise it will blow minds! 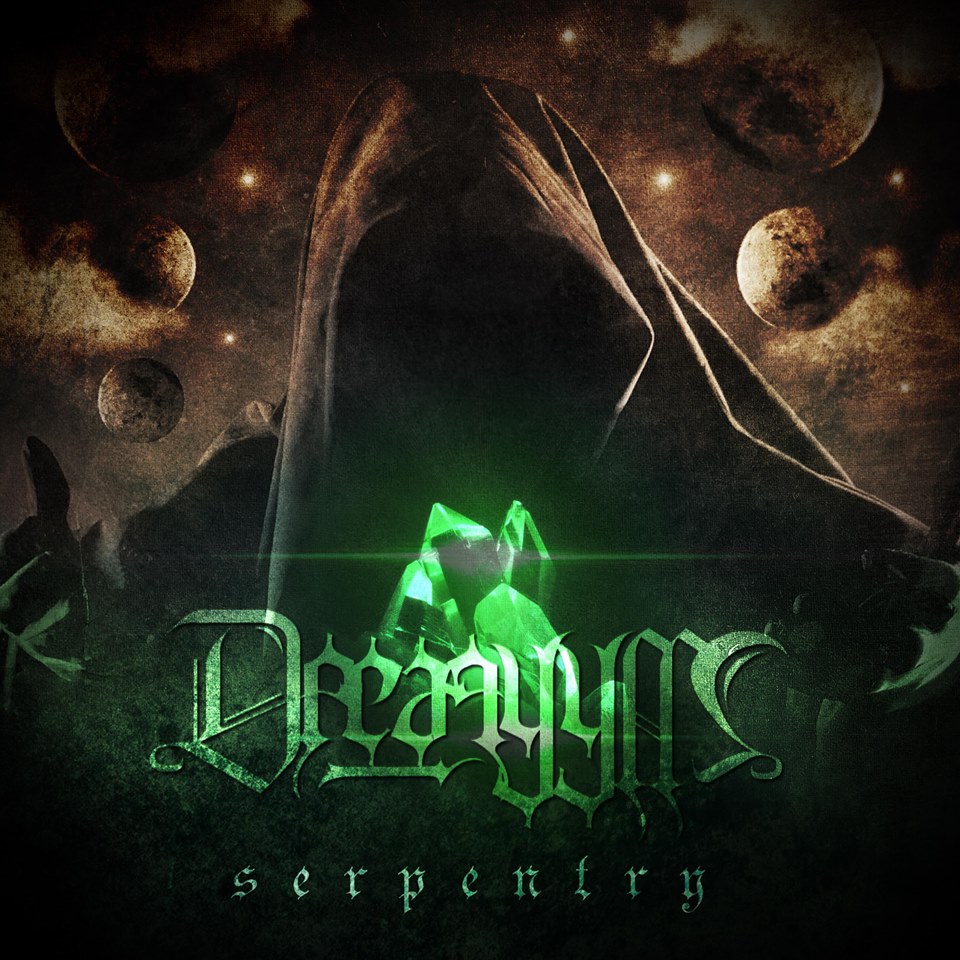 Are you planning some live shows outside Finland?

We have had many offers to play outside of Finland, but we simply have not had the time or the money to do it yet, unfortunately.

You have the future ahead of you. What will be Drearyym of the future? Still epic meldeath band? Will you remain faithful to your genre?

Well actually, even the upcoming album will feature more diversity with the genres we incorporate in our music. After all, we do not consider ourselves to represent one particular genre 100%. Extreme melodic music will very definitely always be the basis of our music, but we do not want to tie ourselves to only one style, as all of us are influenced by a multitude of musical genres. Still, even though there are a lot of elements on the upcoming songs, you can clearly hear that all of it is Drearyym.

Images: ©Drearyym and their friends