JINJER have been touring nearly continuously for two years. We have seen them rock the stages of festivals big and small, such as the most traditional midsummer festival in Finland Nummirock in 2017, the German Summer Breeze in 2018 or this year even in Wacken. At the moment they are touring Europe, hopping from one festival stage to a club stage and back. We visited their tour stop in Marburg lately, supported by Of Colours and Unprocessed. 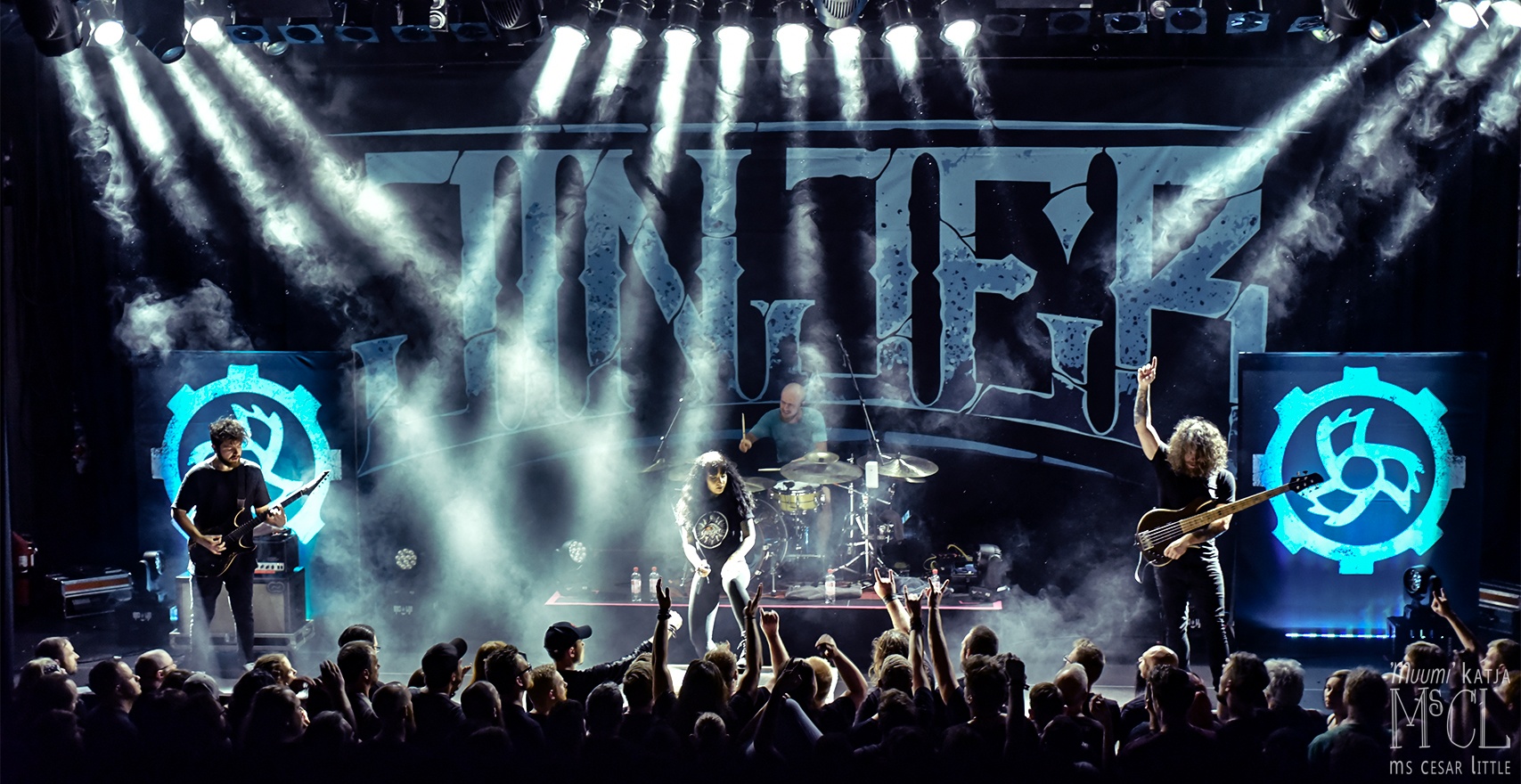 Of Colours – Warming Up The Hot-Summer-Night Crowd

First support act was Frankfurt based „Of Colours” with a 30-minutes slot.

They deliver what a support act should deliver. Raw, aggressive and very energetic, active female harsh vocalist, rather too much focused on moving rather than her vocals, thereby however, very authentic. Instrumentals way more harmonic, nice contrast. But why the hell puts the guitarist his instrument aside to sing one ballad? No bass player, missing to bridge between vocals and instrumentals.

With a little bit more routine and improvement of their skills, they certainly will make their way through the local Rhein-Main metal scene and find their place. 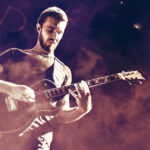 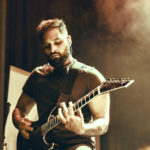 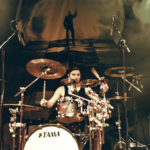 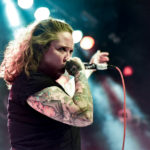 Unprocessed – Not All, But Pleasant Cross-Genre Ideas

Second support was “Unprocessed” from Wiesbaden. To make it simple: “Why should I use 24 strings when I can use 38 instead?” seems to be their attitude.

I rather criticize band names, here however, the first and unavoidable association with the name “Unprocessed” is that the you can expect handmade, perhaps quite raw-sounding music free of backing tracks and further digital assistant gear. What you get is straight away the opposite!

Then again, I gladly and frankly admit that the backing tracks offered a most unexpected but likewise appreciated soundscape mixing industrial, 80s new wave atmospheres and progressive notions with excessive as much skillful guitar play and songwriting. I am curious to hear more! Anyway one more thought – and here I share my personal liking and use of the expertise of a real veteran of a Finnish guitar hero, Zachary Hietala: tuning your guitar after each single song is most certainly not needed but nerdy. A bit more faith in the gear is recommended by this warhorse among the heavy metal guitarists of the first hour in Finland. 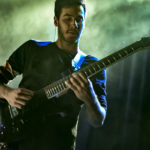 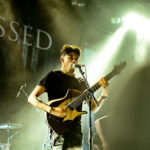 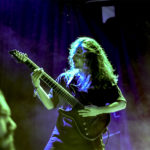 JINJER? Who is JINJER? Some still haven’t heard of the Ukrainian, four-pieces band often described as djent or hardcore. But whenever you think a band plays too many notes at once and makes the sound too complex, go and see JINJER, they proof you wrong, not a single note or riff is too much, it is all where and how it should.

I have followed JINJER’s tours and shows for two and a half years now. No show was less than moving, making me sweat and one even hiding on the stage with my cam as the venue turned into one single mega-pit within the first JINJER song. This time, JINJER played in my hometown for the first time, in a venue, “Kulturzentrum KfZ Marburg”, perfect for metal shows. Good acoustic, well equipped and run by a passionate team, downtown and thus, easy to get to. Then again, Marburg is not a traditional metal place. Still, a decent crowd took its opportunity to experience this Ukrainian storm despite the Tuesday slot. 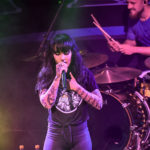 After a complete change of the stage, they entered the same with some blasting “Words of Wisdom” followed by “Ape” and they already got the audience. They played a set neatly composed of songs from their 2014-album “Cloud Factory” (re-issued 2018), “King Of Everything” (2017) and the recently released EP “Micro”. Btw. and as we are speaking of it, the new album “Macro” is about to come as mentioned above. The setlist includes for example “Dreadful Moments”, “Teacher, Teacher”, “Perennial” or “Cloud Factory” and of course their most popular master piece: “Pisces”.

The first row was save, the last row was save too – but in between there seemed to be a giant circle pit, or one over-all mosh pit, and then a huge wall of death – like game this was going in circles, on and on. Whenever I thought, a short break would approach and it is time to slow down, I was proven wrong. Song after song JINJER elevated the power and energy to the ultimate level, the ‚JINJER Level‚. Thus, the crowd got what they had come for, an explosive show, most dedicated musicians playing with all their heart, singing with all her soul. And once again within the minute the crowd turned into slaves to the rhythm, melting into a single moshing organism. I admit that here I was quite happy to see that the more quiet folks had enough space to escape the sweaty business in the heart of the auditorium and still have a perfect view on stage. But not only the audience was sweating like mad, the four musicians lost liter after liter and the floor needed to be wiped and dried more often than during a handball match. 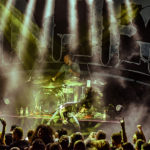 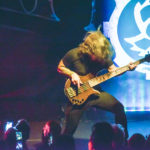 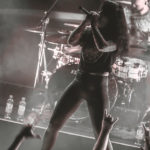 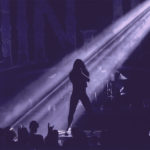 I have always tried to make up my mind whether it is the most inspiring part of the shows to dive into their versatile yet very harmonic music, the incredible skill of each band member, their energetic show from a visual perspective or simply watch the ecstatic of the crowd. As I tend to focus on my cam and the angles from that I can shoot I am naturally following the visual sides of the show more focused than the acoustic.

If one compares their outfits and styles now and at early 2017 there really is a difference! So to say they looked like three nerds and a hot female vocalist then while now their outward appearance resembles more the four extraordinary musicians, they are. Have they become rock stars? Yes and no. Yes, they have become celebrities as you’d expect it from rock stars. And no, because their attitude on and off stage as well as their open-mindedness and loyalty has just remained as it was. They are forming one body of a band, their skills are levelled so high, none of the four is the outstanding one – although a lot of older male fans focus on their singer Tatiana …. Surprise, surprise … 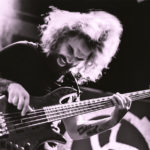 Always one the bright and right side of the stage we see Eugene turning from a friendly family man who could live right next to my place turning into a tapping, drumming, riff-playing bass wizard with a rising aggression shining from his eyes, taking more and more over his complete facial expression. He is not that kind of bass player who just play along the tunes of the band as part of the rhythm section looking kind of bored as the usual bass player of an average band. Failed!  Eugene is the stage beast behind the sound of JINJER, his play is so complex and unique. Magnetically my eyes cling on his fingers and sometimes I wonder how Roman can counterbalance this bass orgy with his guitar? Would you not want to be the lead guitarist in a very same band with Eugene? Or could you only be the second best guitarist? Like Lemmy Kilmister created his own sound, Eugene is playing different to any other bass player of the world and of course, he plays bass with all energy possible. 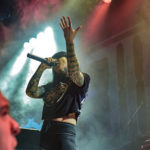 But before my eyes make it to Roman’s side of the stage, my focus falls on Tatiana. She is the perfect frontwomen, steadily improving of her technical skills as a singer, shouter, growler, screamer, chanteuse. I swear, Mathilda, my camera, loves her. Her facial expressions are so rich, her body language a transcript of the emotions behind the lyrics. I have always loved her outfits, too. They are as versatile as the band’s music. Certainly a classic metal outfit would suite her perfectly, but who needs another Doro-Pesch-like leather queen on a metal stage? Tatiana is more a kind of ‘Metal Kate Bush’ than an average metal singer, a chameleon on her own. JINJER’s soundscapes are young, innovative, wild and cross boundaries of genres with an easiness that reminds me on carefree-spirit of a child’s play. So Tatiana’s range of not-typical metal outfits simply underlines the band’s unique style. And by the way, it is always interesting to look for her newest tattoo. 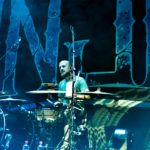 A wall of drum sounds echoes from everywhere but what do you see, when you look behind Tatiana? A truly minimalistic drum kit and a drummer looking relaxed as if it was most natural thing in the world to extract this ‘drummarggedon’ from this ‘kid’s kit’. …  Quite the opposite is true. It takes an excellent, most talented and most self-esteemed drummer to make it! What you hear and what you see does not easily match. Actually not at all. A drum kit as vast as that of Saxon’s Nigel Glockler would by far match easier with what you hear. How on earth is this working out? Look and be amazed. Listen and comprehend. When Vlad is playing you will understand what speed in drumming really means but never why other drummers need 10-times more drums. Perhaps they never use them? 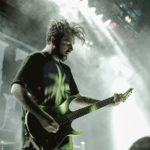 Really, Roman’s job in this band is not an easy one. Three so dominant personalities and musicians sucking all the attention already, delivering on such an incredible level and then there is a guitarist looking rather reserved perhaps even shy – at least next to Tatiana and Eugene. But then, Roman is doubtless the only guitar player who can stand against this bass beast. It doesn’t matter at all if a guitar has six or seven strings or would have eight, nine or even ten strings; he exactly knows how to play them all (at once – if needed and lightly). There can be no doubt on Roman’s expertise and even less how important his guitar play is for JINJER’s music. Roman has no need of that. He is settled in his play, and what seems understatement. Or in other words he has the freedom to let the others rule more over the crowd thus he can focus even more on his play. Thereby he shows how grant he actually is and reminds me a bit of Tony Iommi (Black Sabbath): he doesn’t need to be in the spotlight, looks very relaxed, settled, exactly knowing what he is doing and playing to the point. 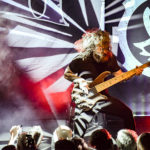 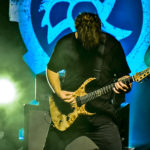 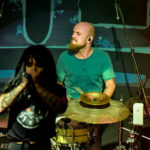 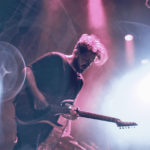 We really have four super-talented and dedicated musicians who make their way to the top like a rolling high-speed thunderstorm – be it in terms of sales figures, or the constantly rising number of fans. It is absolutely no surprise to me that their tour supporting the release of “Macro” later this year is half-way sold out already!

In the end to me it is not much of a question which set JINJER are playing, the essential point is that they are playing. And when they do, simply go and experience it yourself. It’s just that simple: Nothing compares to them! The last band one could say that about were Motörhead, the infernal trio from England, now reunited in heaven and it took decades until I have the same feeling about a band, JINJER, the infernal Quadriga from Ukrainia, unstoppable and unbeatable. 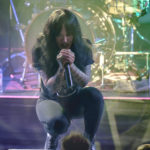 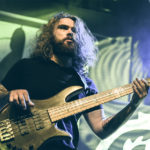 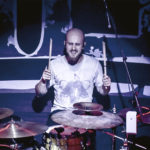