Recently the second Metal Crane Festival led me to Finland for the very first time. Initially prepared for the cold north, I was thawed by quite the warm welcome. Even more so, as the crowd and the bands in Helsinki’s famous Nosturi were really hot. The Nosturi is a more than remarkable venue: a multi-floored, formerly commercial metal construction situated in the onetime industrial harbour surrounded by a wood of cranes, hosting a restaurant, the concert venue and countless rehearsal facilities of bands, some of them very well-known. Perfect venue for the Metal Crane Festival! 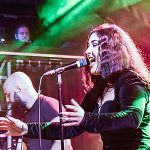 Friday’s opener, Sapata, ignited the heat with a powerful female voice and versatile rhythms. Not only vocalist Saara Šamane danced passionately to the music, but also the crowd started moving along. All together their show was richly facetted, containing heavy rhythms as well as groovy dance parts. 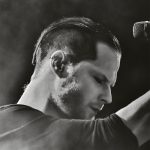 Leading up to the next gig Kaunis Kuolematon, the crowd grew quite a lot. The band knew how to get a hold of their audience with little effort. Some fog, dark clothes and a very distinctive stage presence allowed them to spread a quite mystic and captivating atmosphere. Building upon a matching sound profile, the combination of Mikko Heikkilä‚s emotionally expressive, clean voice and Olli Saakeli Suvanto‚s growls made the overall show a spiritually overwhelming experience. 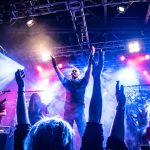 Vorna filled the location up pretty well. The stage appearance was especially dominated by vocalist Vesa Salovaara’s presence. Whereas the musical performance was strongly shaped by the instrumental passages and effects, building up a melodic and spiritual atmosphere. Still awaiting their next release, Vorna primarily played their well-known songs, allowing the crowd to bang their heads and party along to the gig. 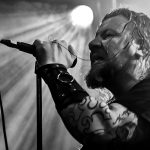 Leading up to headliner Ajattara, most of the audience seemed to have been replaced, leaving the location still full but filled with a lot of die-hard Ajattara fans. With their dark sound profile and vocalist Pasi „Ruoja“ Koskinen‚s unique screams, a sense of pain and evilness arose. This atmosphere was only strengthened by the bands mimic and gestic performance, which authentically provided an equally unsettling, empowering and impressing feeling. The crowd took this powerful aura up, screaming and headbanging along.

The travel to the second day of Nosturi was accompanied by a snowstorm. All the better that Saturday’s lineup was to be a blast as well. 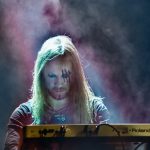 Opening the evening, Callidice brought a truly outstanding show and musical mixture on stage. His visually unique appearance and variety of vocal styles gave frontman Jarkko Liimatainen a fascinating stage presence. Even though located in a less prominently representative spot, Callidice’s drummer Ville Jyrkkä could keep up with this presence quite well. His extensive movements conveyed an inspiring passion for the drumming. Musically, Callidice were carried by the melodic elements especially resulting from keyboarder Tero Latvala‚s performance as well as a powerful rhythm. Also Tero was constantly keeping contact with the crowd even though he was standing behind a thick layer of fog right next to Ville. 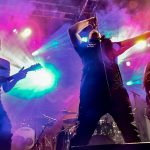 Next up, Everwave entered the stage, bringing melodic guitars and hard rhythms together. Based upon a more digitally-driven sound characteristic, they told emotionally facetted stories. Melancholic, energetic or painful, the emotions were delivered astonishingly by Tuomas Välimaa‚s rough, clean voice and Oskari Koponen‚s screams. The passion all of the band members showed by moving along, let the spark jump over from the very first song. This could especially be seen looking into the – by now – huge  crowd, which picked up the switches of atmosphere quite well and enjoyed the more melodic parts while banged their heads to the harder, faster passages. 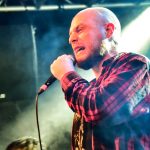 A brutal and fast rhythm was unleashed with the beginning of Medeia‚s gig. Not only was the mixture of Metal Core and Death Metal elements overwhelming, but also the energy on stage was exploding. The band’s members were jumping and spinning around to the extent where you’d think, the stage is not even remotely huge enough for all of them anymore. Every now and then one of them put a hand on the other ones should, to signalize „Dude, I’m here and I don’t want to eat your instrument“. No surprise that guitarist Samuli Peltola left the original stage and extended his space of motion by standing upon the speakers. All the powerful atmosphere aside, there was still time for more melodic passages by keyboarder Laura Dziadulewicz, even though some of them were ended by a „hit in the face“ breakdown. Worth to mention is also that the interaction with the crowd was awesome. Frontman Frans Aalto did not only tell a silly joke or two between Medeia’s rough songs, but also did he lend his microphone to the people in the front row, who surprisingly continued screaming in a quite talented manner.

It was common sense at the Nosturi, that the following headliner myGrain will play an awesome (and long-time-yearned-for) show. Coming back from a four-years-long hiatus and also bringing vocalist Tommy Tuovinen back on stage, who had to quit some of his projects because of medical issues, the band surely exceeded my expectations. The whole, massive audience partied along to their insanely energetic performance. Tommy brought a dozen vocal styles on stage, which matched up perfectly with the broad, enthralling range of rhythmic patterns as well as guitar and keyboard passages. All together this made up a consequent yet diverse musical style, which by all means did justice to the name of a headliner.

Personally, I preferred the smaller names on the lineup, still all of the bands were a blast. I’ll definitely have some homework to do, listening to all of them a lot more.

As currently there are negotiations on-going regarding the deconstruction of the Nosturi and reuse of the space, I really hope, that the festival can be organized again and hopefully also stay in its original venue. In conclusion, if there is any chance to attend this festival or see the bands again, I will definitely do so and would recommend it to everyone else as well. The entry fee was worth every cent and the venue is small but intimate, allowing everyone a first-row experience, even those standing far of high-five-distance at the back of the hall. 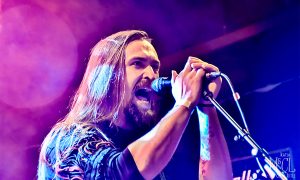 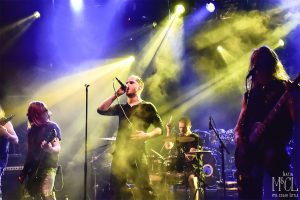