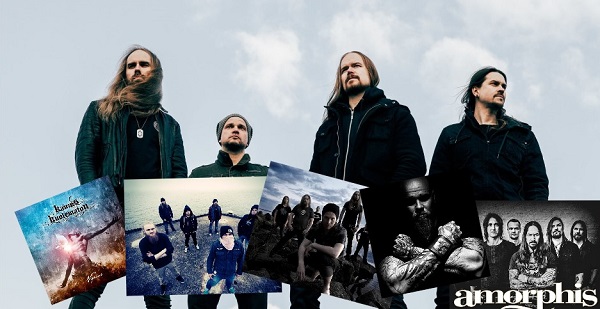 When I think of, what I could give our readers as a gift on the International Day of Female Orgasm, I think that the new Obscuro column is quite a good choice. And what will it be about? Well, our regular readers could have a clue, the irregular ones are a bit confused now, the new ones are totally lost. All a regular reader needs is a little clue, an irregular needs a bigger one, and a new one needs an explanation. Of course, we know almost everything about Finnish metal. After all, we are Czechs and therefore we are experts in almost everything in the world, from DIY to chemical-parasitical theories. When it comes to being an expert on anything, we are the one with long-term experiences. We too have quite a good metal scene, which we’re trying to introduce to our readers in the column ‘Introducing of the Czech bands’. So why give space to Finns as well?

I’ve pondered this for a long time. Sure, as an editor focused on Finnish scene, I’m trying to win some space for Finns everywhere, this, however, is not a really brilliant argument for having a new column. Taking a reader into the sauna while the outside temperatures is 40°C might be unreasonable. On the other hand, why not put our good metal scene, which is often omitted or put into one bag with some ortel or a circus show such as Citron or Limetal by mainstream, half-mainstream medias, to the contrast with the land, where medias don’t fear the unknown?

Finland, that’s not only a high-quality metal, it’s a complex system, searching for new talents, supporting new bands and offering opportunities. This support the new Finnish bands have is something unseen in the Czech Republic. And the fact that this support works well can be proven by looking at the number of visitors of bands, which was absolutely unknown only a couple of years ago. We’ll gladly go to the concert of Moonsorrow, Omnium Gatherum, Wolfheart… but who had known them a few years back? Hardly a few enthusiasts. Meeting a Finnish promoter is a great experience. Whereas our scene can be easily satisfied with the known, Finns are searching the sea of new bands, hunting for talents. All right, they are natural hunters, on the other hand, why don’t we do this as well? They’re not so different. Quite the contrary. The more I know the Finnish scene, the more similarities I see.

We are not a land not gifted by bad musicians, worse hearing or smaller chances. Perhaps we don’t have guts to hunt. Or we may lack the patience to listen. Because apart from brilliant, skilful promoters, Finns have something else, we’d desperately need. We’d need fans, which are not afraid to support and promote bands from their cities or villages. Even Finns like and are proud of big names such as Nightwish, Apocalyptica, Sentenced or Amorphis, but they will make you listen to the band which was founded a month ago in the smallest Finnish village imaginable. There’s a bit of a national pride in this unusual national tradition, same as a bit of a courage to go to the unknown, and a bit of persistence. Yes, they are persistent. Nevertheless, I’ve found a lot of incredible music jewels thanks to this persistence. And the bands, once unknown from the last village in Finland, are now fully established and respected on the scene. Not only thanks to the professional promoters but also and mainly, because of the fans, who don’t hesitate to promote them on the social networks, attend their concerts and buy all of their merch from CDs to t-shirts.

I think this is why the new column was born. It’s a present for those who seek. I don’t know yet what precisely we’ll present our readers in this column but I’m sure, that we’ll continue our good tradition. We’d like to introduce you great music, which is still in its infancy because we like to watch its progress and process of creation. We’d like to introduce northern bands, which aren’t so famous. We’d like to demonstrate how to do an underground music on the example of the top metal scene. Perhaps it’ll inspire you and help you find out that there is a brilliant band playing in the smallest Czech village. And perhaps it’ll lead you to support such band. As a listener, as a fan and a man who can’t be satisfied only with the songs on Czech radios.

So, enjoy this day and our new column. I hope it’ll catch your attention. Your ideas, suggestions, and comments (perhaps even insults, for they too are a part of our daily life) will push us forward and keep us going.