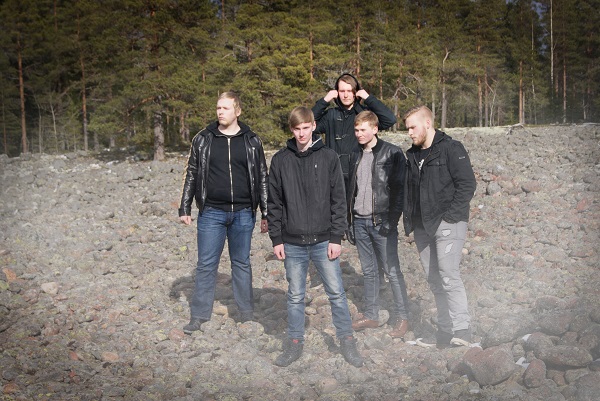 Dozens, maybe hundreds of good albums pass under reviewer’s hands every year. Last year, when I was sorting the music at the one, which I was going to write about, the one, which I was going to mention and the rest, Finnish band Dimman was in the pile labelled ‘interesting’. The single called ‘Shattered’ had brilliant instrumentation and promising music ideas. The guitarists Jaakko – Yli Sorvari and Mikael Haapala were quite distinctive. I remember smiling over the photography of the band. The members were so young and I’d decided they need more time. The single wasn’t bad, it just drowned in the sea of many other, better music. So, when I came across the name Dimman again a year later, I was pleased that the band did not split up, and furthermore, it even got under the label of Inverse Records, which is a publisher that watch over the quality and has no fear to support utterly unknown bands. It could only mean one thing. Dimman had to be better than the previous year…

They certainly are better. Much better. The EP ‘Guide My Fury’ has a pace I like. And I noticed the first dramatic change. No matter what the singer Valtteri Halkola did with his singing technique, it sounds fantastic. The vocals are on a higher level and the band has done some good job with the instrumentation as well. The two dominant melodic guitars stayed and the sound of the drums, played by Samppa Raittila became more elegant. I have to check the line-up several times, for it didn’t sound like the same band. This time it wasn’t just a somewhat interesting music. I listened to the whole album. Repeatedly. And gladly.

Teuva, the city where this band originated, is quite a small spot on the map of western Finland and it’s hardly the most attractive destination for tourists. I admit, I had to look it up, for I don’t know any other band from the place (except my new discovery, the band with a very gentle name Sadometatron, which I don’t know anything at all). Apart from the fact that Teuva hosted a festival of mobile sauna (my imagination got completely stuck on this), I didn’t learn anything about the band’s origins. On the other hand, what sounds better than ‘Five boys from some godforsaken place met in 2011 and started to play…

‘Guide My Fury’ is not perfect in every detail. I’m not saying that it’s the album of the year and that I’ve never heard anything better. Nevertheless, the band does not stagnate. It’s a developing project. And the shape it’s getting is better and better. The musicians think about the sound they’re creating. They use the sound of guitars in a clever way and they are strong in instrumentation. The band’s potential lies mainly in their melody and musical ideas. Many Finnish bands are brilliant in instrumentation, however, when there is no musical idea, brilliant riffs won’t help. As I wrote in my review on Wintersun recently, what is the use of a great guitarist and a perfect drummer when the composer has no idea at all? And the borrowings from more famous colleagues work just the same way. When there are too many, the music loses all originality. Of courses, Dimman sometimes sounds like something I’ve heard before; however, it is original most of the time. This potential in composing is what makes Dimman a particularly interesting band. 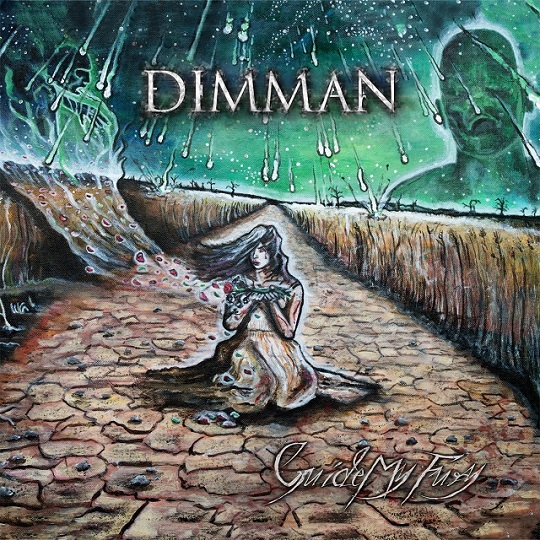 The five tracks are more than good. It’s a musician’s pleasure framed with clever conception and big space for growing. Dimman has the future before it and they will grow, for it’s clear they do not want to freeze in one place. I suppose, they might experiment with the sound in future, for they’ve already mastered their instruments. If I compare Dimman to some more famous melodeath bands, it’s doing quite well. And it has a chance to overgrow its today’s masters. If they’ll decide that this is not enough, they will get higher. And perhaps then the EP ‘Guide My Fury’ will be described as the first album, which established the band on the scene.