Only two more days left before the gates to one of the most traditional clubs, the Tavastia, in Helsinki open for the Tuska warm up event, the Pre Party. Here we will see Antony Parviainen and his energetic Band Psychework again. And no doubt they will fuel the Helsinki party people as much as they did just a few days ago at Nummirock. 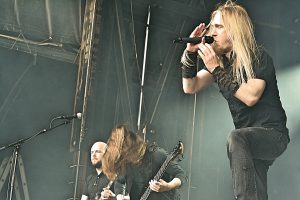 Speaking of those bands we will see once more, I am also happy to get a second chance for a Vorna gig. Perhpas just one week ago I had said, what a pitty they just play at one of the After Parties at Virgin Oil. After the f…. cold and rainy weekend along the shores of Lake Nummijärvi, however, I am explicitly happy I will be able to atted their gig (followed by the amazing Barren Earth, by the way!) under the warm and dry roof top of a city club! Ok, let’s think that over once more. Warm? I shall hope the place will be well filled with a crowd by then giving the bands the cheering and banging view from the stage they deserve! Dry? That might holdtrue for the lack of water dripping from above, however, thinking of humiditiy in general or a wider sense the party surely will be anything but dry!
As the festival season is at a peak this weekend it is no surprise to me that we will see a couple of more bands again. Some bands are actually very busy travelling the country and the rest of Europe to play two or perhaps even more gigs in different places this weekend. 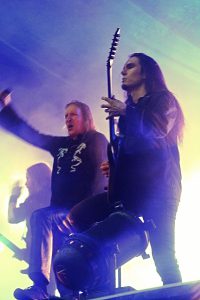 And we could do worse than seeing the power front girls of Battle Beast and Huora again, could we? Wintersun have been not only releasing an incredible album lately which resulted in intense media coverage, but they also have run a big crowd funding action to gather investments for their album and an own studio. I shall hope we will hear a bit more about that later. Anyway I hope I will not be washed away by the flood once more, when the play their amazing show! And of course, seeing the most passionate veterans of Insomnium presenting their incredible one-song „Winters Gate“ album plus some more songs again – we could definitely worse. However, I should really hope the album’s name is not once more an omen for the weather condition. I am tempted to say even the Finns think that winter and the cold/wet spring should have come to an end by now – at least for this year. Then again, I am about to comprehend the full idea of their favourite joke: „How was your summer last year?“ – „I don’t konw. I was drunk both days!“

Ok, I cannot end this last Tuska preview ahead of the actual festival without relating to the internationally more then well known bands who are going to play. We will see HIM on their final tour. We will see Apocalyptica, Devin Townsend Project, Sabaton, Mayhem, Dirkschneider, Anneke van Giersbergen, Amorphis and many, many more. The weekend will be so stuffed with amazing artists and their music that I am not sure on will be really able to enjoy the experience in the way all these great musicians deserve it! All that because Tuska is going to celebrate it’s 20th anniversary and that in the year to the 100th anniversary of Finnland’s indenpendence from Russia! Let the party begin! 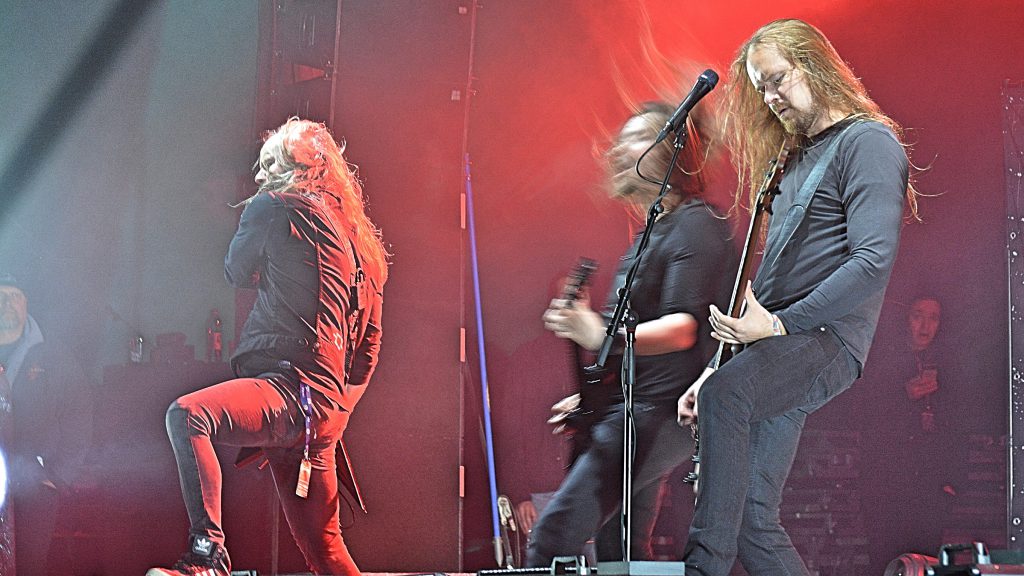