For quite some time I … well ok, we have waited to see what Niklas Etelävuori is going to do after leaving Amorphis in April 2017. And who would have guessed that when only few weeks later HIM announced their farewell tour, the ‘lose’ ends – speaking of Linde (Mikko Lindström) and Gas Lipstick (Mika Karppinen) in case of HIM – would make joint new beginning? And a third adds to the new band: Polanski’s singer Anthony (Anttoni Pikkarainen)!

Does that make the new band a ‘super band’? – Yes and No.

There is no reason to doubt that the “fearsome four”, as they name themselves, will come up with super music and make a superb band. So yes, in that sense.

And no, because if joining forces of former or still active, however, popular bands would make a super band, the Finnish metal scene was drowning in super bands. The network of closely related, befriended and cooperating musicians doing music together is so tight, it made every other band from Finland a super band. And this explains perhaps, why FLAT EARTH intend to be simply considered a new band.

So while Gas and Linde were heavily busy, for example due to HIM touring, it was quiet for months around Niklas. There was very few information available what he would be doing. But then, in autumn first rumours were whispered of great things being in progress. Great names were engaged, the rumours claimed. But ssshhhh. Soon his release with Jupiterium fueled speculation. The new year came and yet nothing happened. Patience, however, has paid back now as we learn about the new band rising.

One essential question, however, remains: who is Anthony? I admit I haven’t heard of Polanski before. But as I am writing some of their songs make an atmospheric background and somehow I feel pushed back in my last high school years. A band from Seattle had just turned the music world upside down and bullied their way into our hearts with rough and dirty sounds, catchy tunes and a straightaway type of lyrics – grunge was born.

Another interesting detail needs to be mentioned. The FLAT EARTH is raising the funds for the album production by crowd funding. So they follow their own and independent path. Naturally, the musicians hope for our support.

My personal music history is as closely related to Amorphis as HIM. But I better spare you my pathetic memories. Anyway, if parties join from these bands’ universes to melt with such a voice – it can’t be less than extremely promising! Another name fuels expectations to rise high: Hiili Hiilesmaa, certainly one of the premium producers there are, is engaged to brush the sound. Oha!

So from whichever angle I take a look at FLAT EARTH, it gets even more promising. Can’t wait to hear the actual sound as of course limiting our expectations of these musicians‘ new songs to their most prominent output is simply inacceptable. They have far more on offer. Gas Lipstick is just touring with Hallatar, for example and Niklas played in the pleasantly queer band Kyyria many years back – to name only few of their manifold past and present activities. But damn, they have just entered the studio! We need to wait a little more before we will all hear what they really sound like in the end. Anyway: Welcome FLAT EARTH! 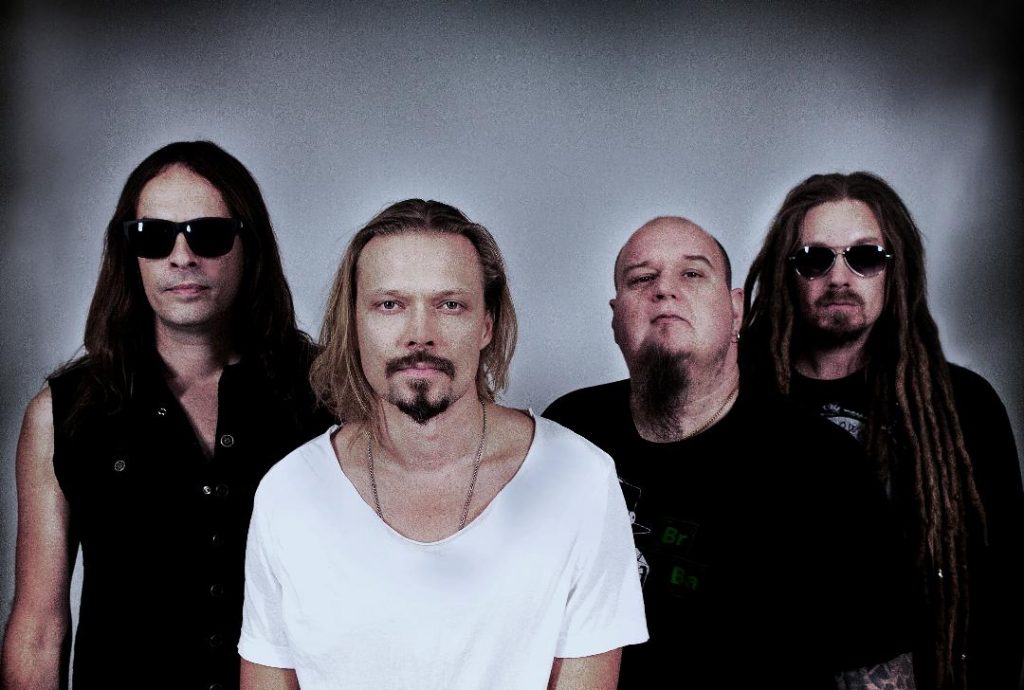