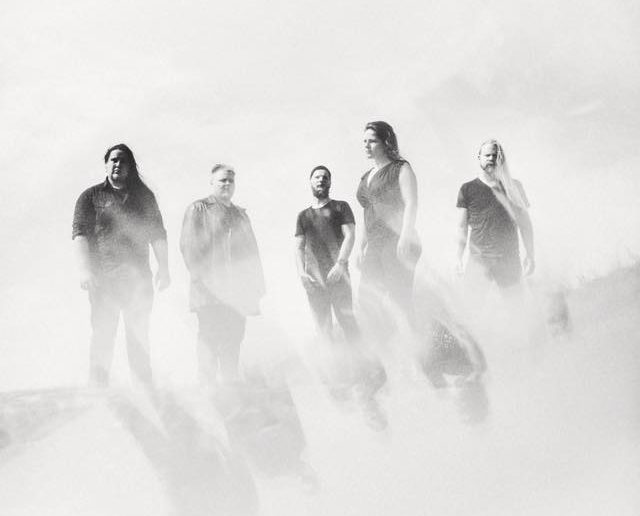 Red Moon Architect is a melodic death-doom metal band from Finnish Kuovola. They represent style, whose audience is somewhat smaller. However, as for the quality, Red Moon is among the best bands of this genre in Finland. Fans of Swallow the Sun might have already heard of them and their two albums (Concealed Silence, Fall), which received quite positive reactions from many reviewers.

A new album ‘Return of the Black Butterflies’ is coming to market one of these days. Obscuro.cz had the privilege of hearing this album in advance. Again, it’s a high-quality music featuring a crafting perfection.

Saku, you are the heart of the whole project Red Moon Architect (it’s kind of a family project, I think that the second Moilanen in your lineup is not a coincidence 🙂 ) How did the band originate?

It all started as a kind of a solo project of mine. I played in a band called The Hypothesis then. Actually, I formed that band way back. I started to feel a need for something different. I played keyboards in The Hypothesis, but drums had always been a second instrument to me. I didn’t even know what doom metal was. I heard one song from Swallow the Sun. Falling World. I was sold right away. I was engineering a recording session for Black Sun Aeon at that moment. I immediately booked the studio and started to write songs at night time when the studio was available. I finished the first album with the help of Juuso playing the guitars and Frans Aalto on vocals. Anni was studying with me and I got a hint that she has an awesome voice, which she has. Next step was to get our live line-up for gigs. We’ve then recorded our two other albums as a full band, except line-up changes with male vocalists.

And your name Red Moon Architect… is it just a decorative, elegant name or does it have any deeper meaning?

Mostly it’s just a cool name. I like the visual aspect of it. Red moon also has a lot of symbolic history, but it doesn’t have any deeper personal meaning to me.

Your band was formed in 2011, so, you aren’t a long-established band but still a new project. Does it give you more opportunities to develop? More freedom? Or is your form already complete and the way you imagined?

I’d say we’ve developed quite a lot over these years. And that’s the way it should be. There’s no point in making the same album over and over again. Right now, I’m extremely happy with our sound and we’re super proud of this new album. We’ve grown as persons and musicians and it reflects on our music. I would like to think that we have freedom to compose any kind of music we want, but I don’t believe we’ll drastically change our style in the future.

Red Moon Architect relies on the quality of instrumentation, great, deep, and strong sound, and emotional expression. What else characterises you? 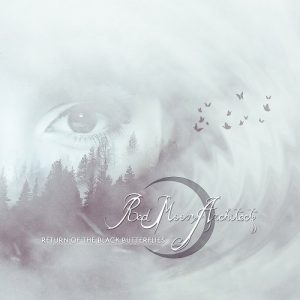 Red Moon Architect are releasing a new album in a couple of days. It’ll be your third full-length album. There is a lot of expectation and perhaps even tension. Aren’t you afraid of how the album will be accepted by audiences and critics? Reactions are positive so far.

I wouldn’t say afraid. Releasing a new album is always exciting. I’m so confident with this new album being our best so far, that I would be really surprised if it wouldn’t get a good welcome from our fans. Of course, it won’t be everyone’s cup of tea. Songs are longer and go deeper than before.

Melodic doom isn’t a style, that would attract many people. I’m talking about an audience outside of Finland now. Is it difficult to succeed in this genre?

It’s hard to succeed with doom if you look it from the music business side of view in general. For me the most important is, that doom metal people will find us and get something out of our music. Doom metal and especially funeral doom metal, is really therapeutic to me. If other people can get the same kind of relief listening to our music, that’s great. If we get more successful, we won’t complain though. But priorities are in the music itself.

Finland is a country, to which melodic doom and melodic death organically belong. Although there is very specific kind of cooperation between musicians of the Finnish metal scene, isn’t it still hard to attract an audience and become a distinctive, easily recognisable band?

I don’t know, you tell me, haha. We have musicians in the band, that are well known on the Finnish scene and from other bands, but I don’t think it really matters. This is a small country so it’s quite unavoidable. Even if bands would have some same members, every group still has its own leader. Different people writing different concepts. For example us and Crimson Sun, where Jukka plays. I bet you couldn’t guess the link between us just by listening to the music. It’s more an asset than a drawback. We have a good reputation and Finnish metal is considered as a promise of a good quality in many places around the world.

By the way, how do you feel about the fact, that your album is quite often compared to Kaunis Kuolematon’s album Vapaus?

I didn’t even realise that it is! I don’t mind. I was engineering and mixing the Vapaus album in fact. Great guys and a great band. They have the same melancholy aspect, but we have quite a different approach in many ways.

You are very versatile and skilled musician. Why did you decide to go for melodic doom metal, after participating in such well-known projects, as Hypothesis, RoutaSielu or Crimson Sun? Is it a personal way out of the shadows? Or do you consider it an interesting style that can appeal to the wider audience?

I wanted to do something that doesn’t show off the musician’s skills, but rather emphasises compositions and creates strong emotions. And like I said before, doom is therapeutic music for me. I need it in my life with all the ups and downs I have. In my own free time, I play and study fusion jazz with keyboards. There I can push my musicianship and theory knowledge to its max. RMA is all about the mood and playing with great friends. I could do mainstream pop metal if I wanted to, but I’m not the guy who just wants to be in the spotlight.

„Return of the Black butterflies“ follows the theme of your first album Concealed Silence. Is it like walking in your own footsteps, or is it a memory that has become an inspiration for something new?

It was a memory when I was writing these new songs. It’s also kind of a reincarnation. We now have a strong new line-up and after this album was done, I felt like everything is just the way it’s supposed to be right now. I see it as a new beginning. The first album of this new RMA. It may not be that different album for others listening, but for me it is. Some really deep and personal things are captured in these songs. Something I’ve always tried to succeed with, but never really did, before the ‘Return of the Black Butterflies’.

Now, I suppose there will be a time for promoting the album, so are you preparing any concerts outside of Finland?

We have to play some shows in Finland first and get our new line-up as tight as it can be. We’re planning some shows in Estonia and gigs with another doom metal band from Germany as well. But we’ll see. We’re booking at the moment and would love to play to you all.

And what about the future? How do you see your future?

Right now, we are all about playing gigs and rehearsing these new songs. Most likely I’ll start to compose new material next winter if not sooner. Feedback from this album will make a lot of difference to where we’ll start to plan on touring etc. A lot of things to consider. We have a good drive going on right now. Our future looks brighter than ever.

Thanks for the interview. And I wish good luck!