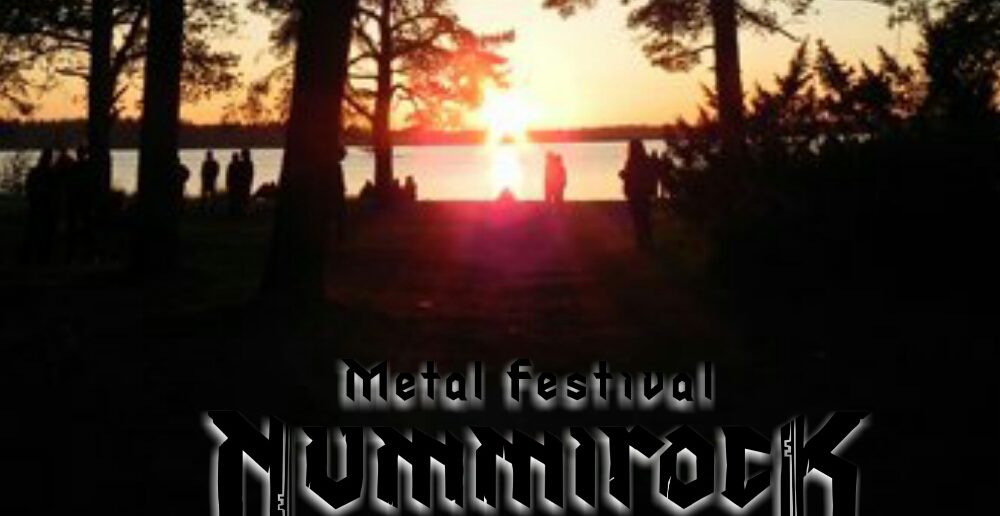 Äh – no. Well, the lake is beautiful. And the sun is at least from time to time visible. And the flimmering heat, well … I haven’t found that yet. Also, travelling here was a bit of an adventure. First my luggage got lost and then also my company. While I found the first mentioned short after midnight at the airport, the other one was delivered by taxi around 2:30 am when I was finally asleep – yet not for long, as I had to pick her up.

Right here and now I need to guide all your attention to a group of people often forgotten: a big thank you to all the helping hands – especially those helping us out this morning and when ever needed in a most practical way, remaining calm, friendly and ambitious to sort out the situation!

The day had its first and early real highlight. I was a bit late, had no accreditation to provide access to the festival area but an interview appointment with Kaunis Kuolematon who were just recovering from their after gig party hangover. Mikko picked me up at the main gate welcoming me in a very heartwarming manner.

They were the festival’s opening gig playing at the Origin tent stage on Wednesday night. The crowd was good, Mikko Heikkilä said. The tent was well filled. And to top it all, the crowd was full of Kaunis Kuolematon fans who would sing along each and every syllable of their lyrics! The band was flattered.

If I wanted to do the interview with him or two guys or even the whole band – Seriously? If I can have the whole band for the interview why would I go for less? So we ended all up in their back stage, well supplied with coffee, water and beer discussing the lyrics, the good reasons to go for Finnish lyrics and about a thousand other things, mostly after I actually thought the interview was over!

To be continued – promise!

But what will we see today? The amazing Bob Malmström will play and reply to my questions. I hope for an exclusive, somewhat special interview.

We’re gonna see Vorna, legendary Abhorrence with their new title in the set list and in the day’s final show Ensiferum. A long night lies ahead of us and promising sounds fight through the rain over from the sound checks!