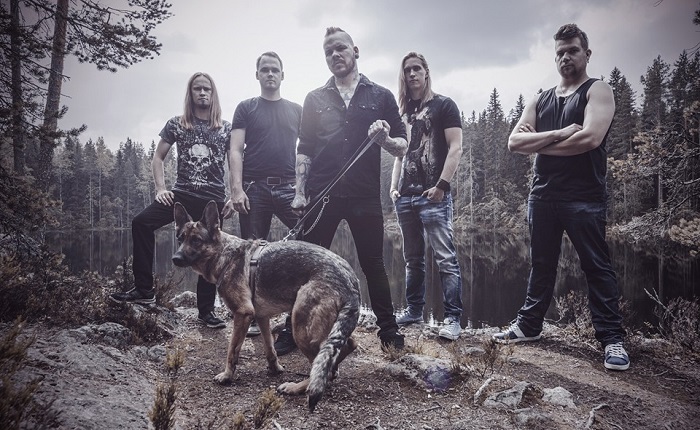 Jyväskylä is jolly good address when you desperately need to be born as a musician and for some reason do not want to be born in Kotka, which is a city with overproduction of brilliant metal wizards. On the other hand, having such a good address also mean having quite a competition. And you need to succeed. It can be bit of a problem in a country, where every house has its own metal band. However, for a reviewer this comes as a gold mine, for competition often means quality. And so, from the beginning of the year, I’m bathing in a lake of very good albums. I really don’t know how I’m going to choose top ten in December, but it may feature one new name of the Finnish scene. Callidice.

I suppose, you somehow gathered that Callidice are from Jyväskylä, the city of many legends such as Verivala, Swallow the Sun or Empyrean Bane. We can have a bet: will Callidice become another legend of Jyväskylä?

Callidice is a five pieced band with a sense of melodeath. The music often relies on charismatic frontman. His voice is making its brand. Jarkko Liimatainen sounds like a very innocent name, but underneath it lies a charismatic and tough boy, who would scare you to death if you’d met him in the park under cover of the night.  Nevertheless, I’m not a fashion police therefore I cared for Jarrko’s singing voice (or rather screaming voice), not for his appearance. And I must say, that this dangerously looking bear growls well enough. I could compare his aggressive style to Tuoms Saukkonen from Wolfheart. Even music of Callidice is similar to Wolfheart. However, Callidice has a style of their own. That is a big bonus.

The band is a greenhorn appearing on the scene in 2014, who released only four tracks so far, but the new EP ‘Scarlet’ proves that they are aiming higher.

Why listen to Callidice? What makes them different, what makes them good? Why not go for some established b(r)and such as Wolfheart? I must emphasise that by similar character of music, I didn’t mean that both bands are the same. What is similar, is their vigour and aggressiveness. The pace keeps galloping forward, powered by the screaming of excellent frontman. Similarities end here.

While Wolfheart bet on atmosphere of sharp changes of pace, where the energetic music stops and transforms into a nice melody, Callidice don’t give a damn about atmosphere. You don’t see wolves running past lakes hidden in deep Finnish forest, when listening to Callidice. The image is more about silhouette of a distant city, empty fields covered in snow and a couple of screaming guys standing on that field. Where Wolfheart uses brilliant guitar riffs, Callidice uses keyboards and drums. Callidice uses rhythmical guitar more than solo guitar, which leads to different kind of melancholy.

Callidice is about a sorrow of a man from the city. A man from industrial space. It’s a music, which reminds me of mine on surrounding. It’s not a dream of nature we are used to from Finnish death metal. It’s also a very melodic music, which isn’t aggressive enough to tear your flash from your bones. Accent remains of melodicity.

If I should taste ‘Scarlet’ like a vine and say all those clever things (I drink beer of course), I would be saying something like: ‘It’s a nice, full, rounded and aromatic with a scent of cigarette smoke in the night bar, where someone just split up with his girlfriend and the scent of the wooden door he hit with his fist…’ It’s as sharp as a film from periphery drowning in a dirty mist.

The very EP ‘Victims’ sounds a little bit different. It’s not so dynamic, but I’d say that it suits the singer more than ‘Scarlet’. It works with frontman’s ability to growl low. He doesn’t get so much chance to show this ability in ‘Scarlet’ as in wonderful song ‘Dying Leaves’ form the ‘Victims’.

Now I’m coming to only weak point of ‘Callidice’, which are clean vocals (not sang by Jarkko). The Band should work hard on this, because they use it often. This however is the only and not a monumental shortcoming of the album. It doesn’t ruin the music, and shouldn’t discourage you from listening to otherwise very good album. 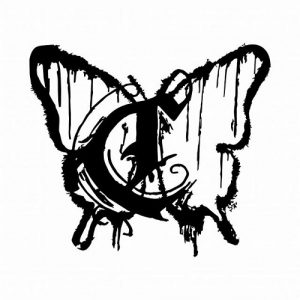 Finally, I can say only that ‘Callidice’ are going to become one of my favourite bands in my collection. I would like to see their concert and I’d like to see them here in Czech Republic. They are, by the way, really nice guys.