Three excellent bands from Finland are coming to Prague on 24.1.: Famous Insomnium supported by progressive Barren Earth featuring vocalist Jón Aldará from Faroe Islands and Wolfheart, a band founded by Tuomas Saukkonen, who is known from his previous projects Before the Dawn or Sun of Aeon.

Katja Gessner, a photographer and for this moment our exclusive reporter form abroad, wrote about one their concert held in Germany on 12.1.

If you like to experience a similar atmosphere, come to Prague club Futurum. All the bands worth listening to.

I was very much looking forward to see Barren Earth live for quite some time. All the more I was quite sure I would need to go to see them at their home in Finland. But then in August they announced their tour support for Insomnium, together with Wolfheart. And they would come to my favourite location. Could it come any better?

Wolfheart warmed up in a passionate show presenting some of their faster songs.

Following the friendly tune of „From the depth of spring“ Barren Earth entered stage in their usual understating manner! However, this peaceful silence was only meant to add to what followed then …  Hammering the dark and scary notes of „The Dead Exiles“ into our ears! The contrast couldn’t be any harder. The threatening atmosphere was substantially reinforced by the massive loudness of the instruments. So unfortunately Jón Aldará’s powerful voice didn’t always make it into our ears. 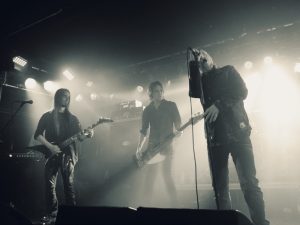 This was – especially during the Janne Pertillä’s magnum opus “Flicker” – a bit of a pity as some of the fine nuances from the song’s biting cynicism got lost. Nonetheless Kimmo Korhonen (Waltari, Solacide etc) did once more a wonderful job at guitar and mike. 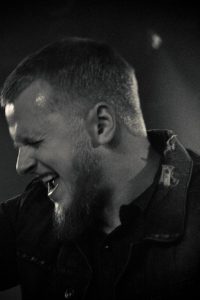 There were more new faces on stage: Eero Wuokko (Solacide) on the drums and Antti Myllynen (formerly known from Creinium) to support the band as the others had to meet other obligations. From the drowning soul in “Flicker”, Barren Earth moved us towards the doomier shores of the “Shapeless Derelict”. The dark and emotionally heavy atmosphere caught the audience with Jón’s incredible voice and Olli-Pekka’s belly-stirring bass! 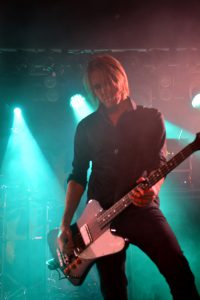 The blazing thunder storm drove us on to “Set Alight” continuing to inflaming even the last spot inside the fan’s ear and soul. The band had come to show all their passion for their music by now with authentic stage activity. 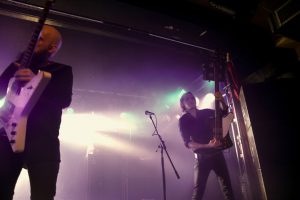 We took a little excursion to older songs. “The Leer” sounded with Jón’s voice and intensified by the low ceiling of the venue compressing the sound a lot darker and gloomier than the album version, however, thereby perfectly fitting the atmosphere created by the set list so far!

Barren Earth played the excessively long, but pretty much moving drama “On Lonely Towers” as their final song for this gig, and setting a weighty highlight on their altogether emotionally very heavy but neatly composed set list. 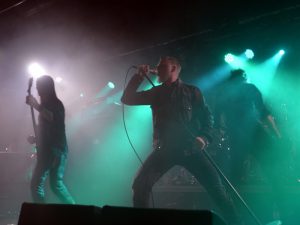 Although the set list consisted of only six songs the gig lasted something between 45 and 50 minutes, quite a good slot for a support gig! 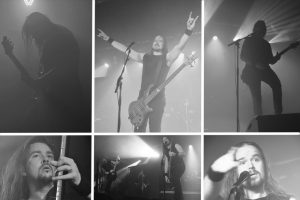 Insomnium’s main gig left nothing to be wished for. As they had promised in advance, their set list consisted of a 40 minutes “Winter’s Gate” part and of older, altogether very fast songs. My personal highlight on their set list was “While We Sleep” from “The Shadow of the Dying Sun” album. Their show was very active and passionate putting the audience into rage of pleasure.  – A concert night that should have lasted forever …

Photoreportage for Obscuro.cz by Katja Gessner

What is it about „While We Sleep“ that everyone adores this song ? 😀
Ok, it’s a beautiful song, but here i am listening to Above The Weeping World or Since The Day It all Came Down albums. If i were to choose a song from Shadows Of The dying sun, it would be „Black Heart Rebellion“.

My favorite songs are from Since the Day and Across the Dark…but, each person has a different opinion and Katja Gessner likes While We Sleep 😀