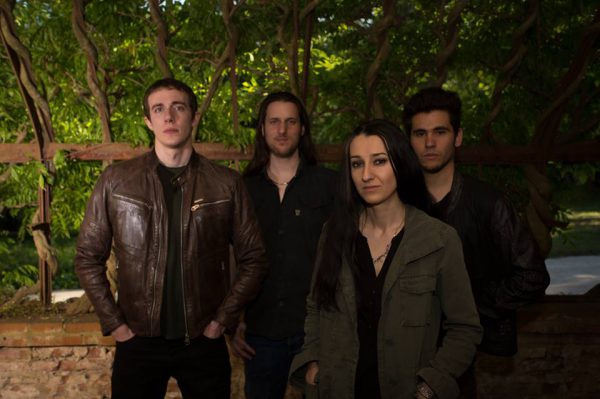 Aephanemer was forming since 2013. Originally, it was a small, isolated project, a dream, whose solitary dreamer was Marin Hamiche. He released the first EP ‘Know Thyself’ as a multi-instrumentalist and these six tracks actually turned out to be a viable child of one parent. However, many great multi-instrumentalists’ projects are actually doomed to death, if they don’t find others, who’d be able to give the music its specific face. And Martin’s music needed a face. The lonely Pyrenean wold had to find its pack so that he wouldn’t die of hunger. This lead to new band formation. The pack grew, and it has found its face. The female front vocalist is not such an exceptional thing today, still, Marion Bascoul, the guitarist and vocalist of Aephanemer, was so distinctive, that thanks to her, Aephanemer started to be noticed by listeners.

In 2016, Aephanemer came out with the new, this time full-length, an album called ‘Memento Mori’. The music inspired by northern melodeath with a unique harsh vocal of the main protagonist did catch my attention. Martin’s talent finally found the place to blossom. ‘Memento Mori’ is a brilliant melodic album, which led many fans to this band. Martin Hamiche, Marion Bascoul, Mickaël Bonnevialle and Anthony Delmas stepped out of the shadows.

Now in 2017, Aephanemer are no newcomers. After one personal change, which brought another woman, bassist Lucie Woaye, on the stage, the band prepares yet another album. Apart from the single ‘Path of the Wolf’, Aephanemer also launched their project ‘Aephanemer Street Team’ – group of supporters who help with promoting the music on the social networks.

I thought it was a good time to introduce this wolf pack to Czech listeners, not only because I know one supporter of this band, but I also like Aephanemer’s pure melodeath, talented Marin, unique Marion and others.

So, two Obscuro’s redactors, Milada and Toini sat by the virtual table in Toulouse with someone who does not speak Finnish and opened their beers…. 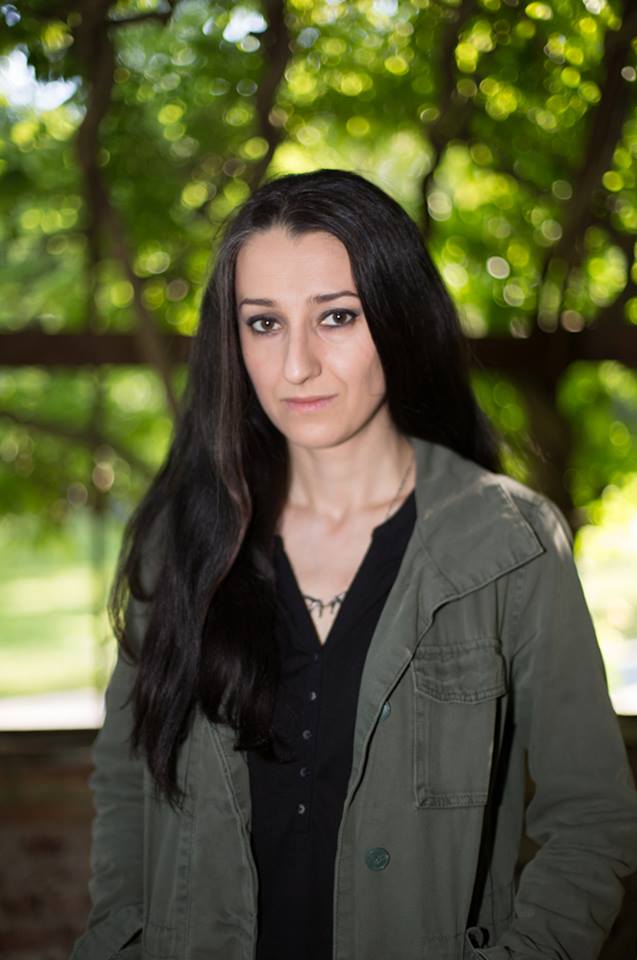 Obscuro: Aephanemer is a young band founded only in 2013. Are you still in the beginning or are you an adult?

Aephanemer: We have already taken the first steps of a band, but we are constantly trying to improve our music and everything related to the band

Obscuro: I think, you are better and better

Aephanemer: Thank you much!

Obscuro: France is not a typical metal country for the world, although metal bands are surprisingly a lot in it. Melodic Death Metal is not just a French domain. Do you like swim upstream?

Aephanemer: You’re right, sadly France is not a great Metal country, especially for Melodic Death Metal. But it doesn’t matter to us, we just play the music we love and we are happy when people appreciate it.

Obscuro:  Your sound is quite unique thanks to the female harsh vocals. What make a woman to take the musical path of Angela Gossow, Marion? I suppose that almost every other woman would like to rather be Tara Turunen

Marion: In fact, it is while listening to Angela Gossow and Arch Enemy I first had the idea to learn to growl ! She inspired me to follow this path

Obscuro: That’s excellent . And actually, did you learn it yourself or did you attend some course or something like that? I suppose that self learning could be quite hard

Marion: Well, at first I trained using the DVD of Melissa Cross, who trained Angela Gossow amongst others. I tried unsuccesfully to saturate my voice everyday for monthes… Eventually I succeded, but I realized then I had to take a teacher to learn to actually sing. I was very lucky because my teacher chose to learn the harsh vocals techniques to be able to teach me !

Obscuro: Now there are two women in the band. We women are a bit quarrelsome. Are you getting on well?

Aephanemer: In fact, it’s quite the opposite ! We get along very well and we are happy – and lucky ! – to have a second woman in the band. 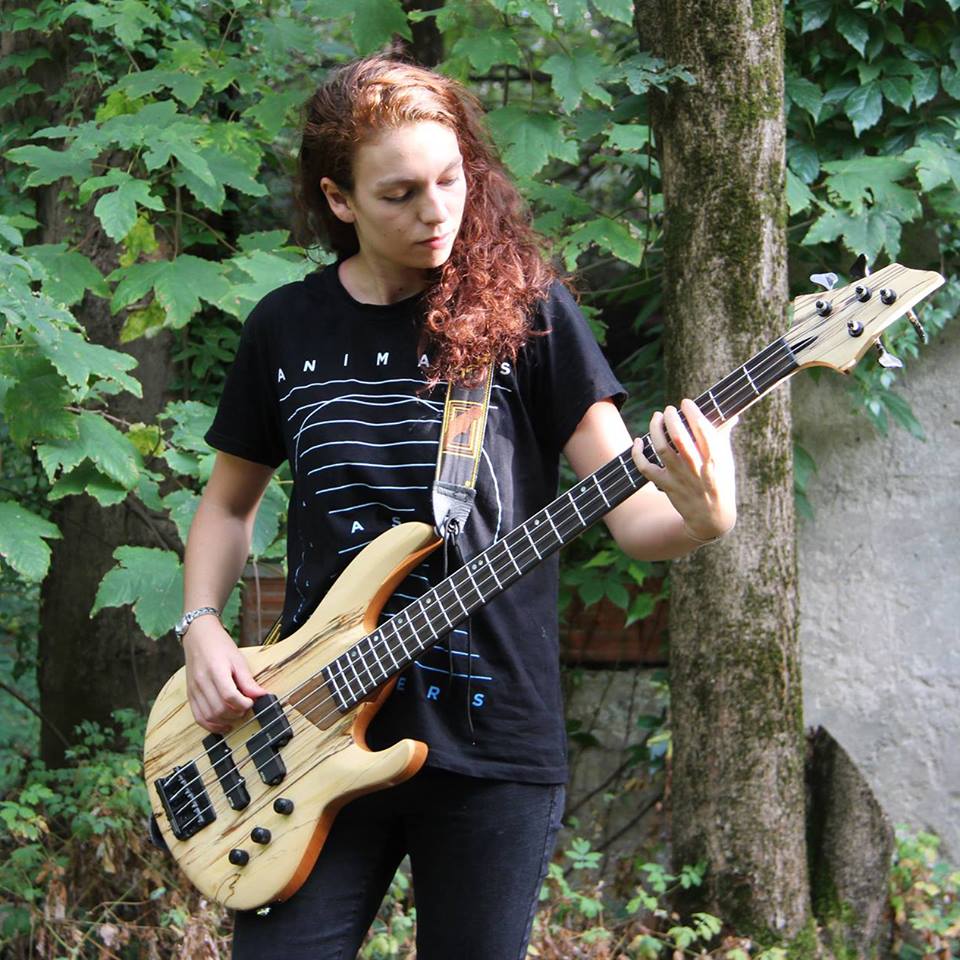 Lucie: Thank you, I’m glad I joined the band !

Obscuro: I really like your contact campaign and the great involvement of your fans. Who come up with the idea of Aephanemer streat team?

Martin: I came up with the idea of the street team, as people often asked us how they could help us.

Obscuro: It’s a really very good idea. How many fans have joined?

Martin: Over 50 people joined us since the launch of the street team, most of whom are active on the social networks. A few of them help us in other ways (promotion in the real world, searching for concerts).

Obscuro: I hope this interview will also help.

Aephanemer: Indeed, we hope so !

Obscuro : You moved a lot from your formal northern-like melodeath sound to your own unique style. Do you think you’ll move even further or is this the highest peak of your sound? 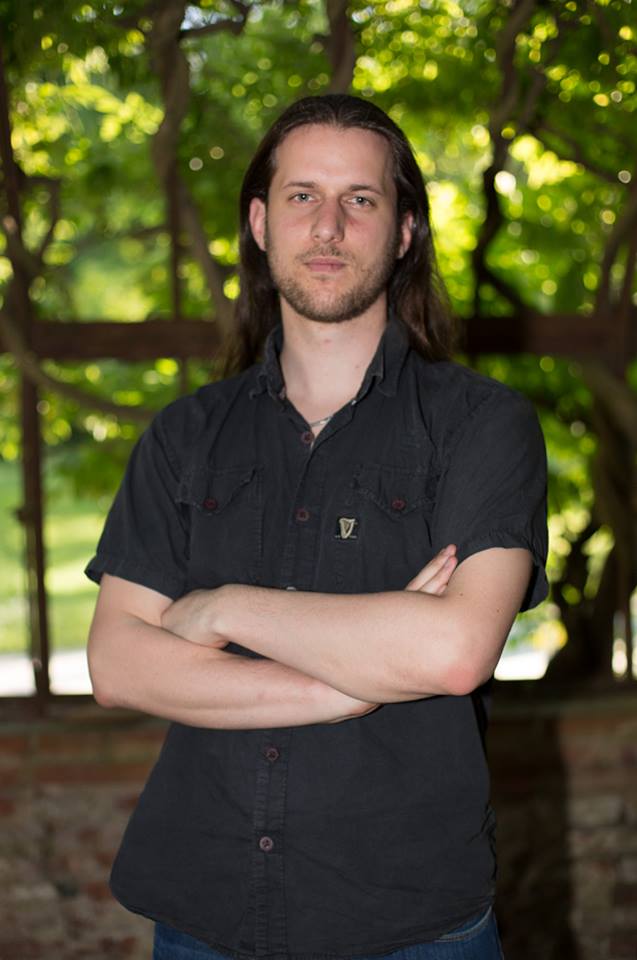 Martin: It’s hard to take a seat back and to analyse our own music. I don’t have the feeling my music changed that much since the beggining ! I still write my music the same way I used to, in the end I don’t really choose what makes its way into the songs

Obscuro : By the way, the graphic form of your albums is very beautiful. Who creates it? Did you designed the covers yourselves?

Aephanemer: Niklas Sundin, guitar player in Dark Tranquillity, designed the EP and album cover ! However, Mickaël, our drummer, realized the artwork of our last single Path of the Wolf.

Obscuro : The themes of your music are based on myths, legends, old European symbols. How much is it just a sign of style and how important are these topics to you? How is your writting process going?

Marion : We decide of the theme along with Martin, according to what inspired him to write the song. Most often, it’s a general idea, then I think about different ways to express it. Most of the time, I use meaningful cultural references to convey the message.

Obscuro: Do you cooperate on writing music as well, or is Martin basically the brain of the melody? 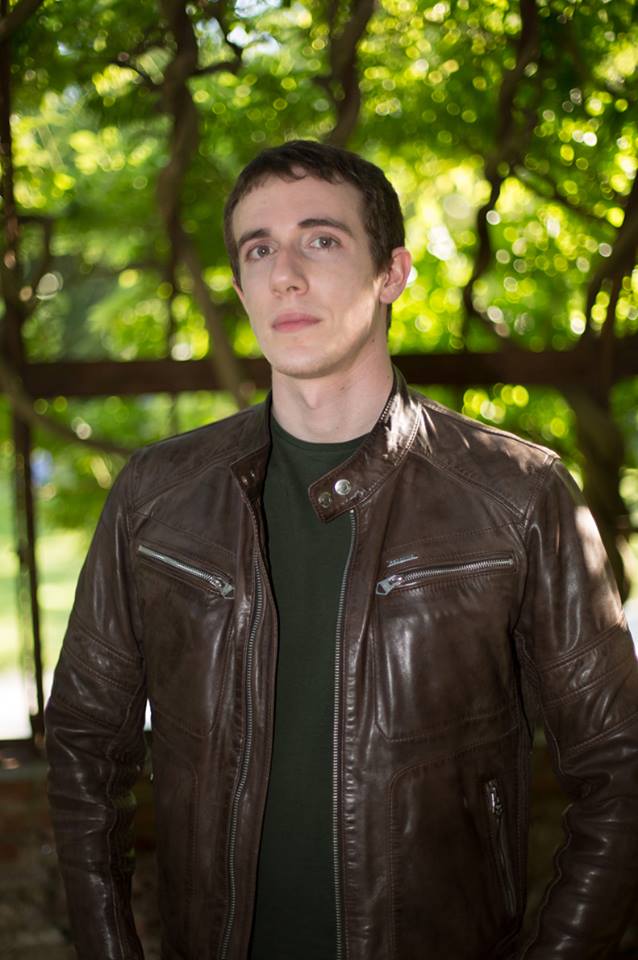 Martin : I write all the songs alone, and I then send them to the rest of the band. Mickaël usually improves the drums track.

Obscuro: And who is your source of inspiration, Martin?

Martin : When I wrote Know Thyself my influences were mainly scandinavian melodic death metal bands, but nowadays I listen to a lot of different kind of music and I think all this music shapes my own songs ! I love melodic music in general, which can be Melodic Death Metal, Power Metal, Symphonic Metal, Slavic folk music, or classical music.

Obscuro: You have a new single, Path of the Wolf. How will the wolves go on? Will there be a new full length album?

Aephanemer: Of course there will be a new album! We are working on it. All the new songs have already been composed, and Marion is now writing the lyrics. But we can’t tell you more for now.

Obscuro: And could you at least tell us when will it be? We’re expecting it with impatience

Aephanemer:  Unfortunately we don’t know it yet but we will keep our followers informed as soon as we can.

Obscuro: What plans do you have? (except new album) Are going to play at some fests? Or do you want to stay on home ?

Aephanemer: we currently focus on our next album but we are always looking to give more shows in other cities and other countries ! In september we will play at Warhorns Festival in United Kingdom and we also have a few more unannounced shows planned.

Obscuro: We wish you good luck! And thank you for the interview….merci! Enjoy the evening. We will definitely try to make a concert in the Czech Republic, we would love to see you here.

Aephanemer: Thank you much Milada and Toini for this great interview! We wish you a very good evening and we hope to be able to meet you in Czech Republic!