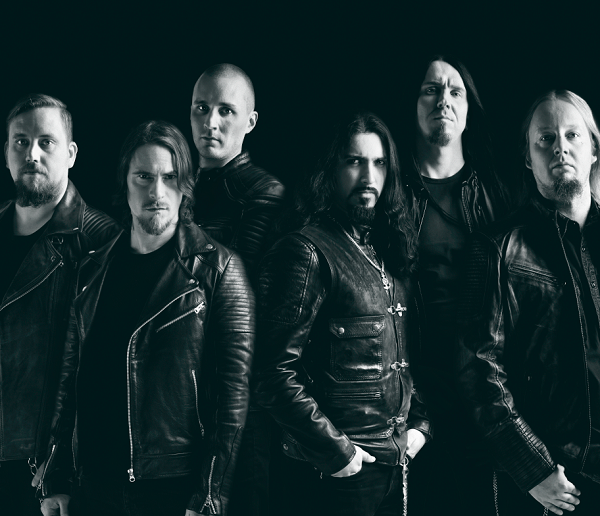 When I say Espoo, somebody might be completely lost. When I say the lake of Bodom, an ordinary person could think of the old headlines of the news full of terror. A true metal lover should think of a short, skinny guy holding a guitar, behind whose back stands a dark figure of the reaper. Twenty years has passed since the day when Alexi Laiho stood on the stage for the first time, screaming out his anger and showing who is the rebel here. And Finnish melodeath has changed quite a bit since those days. It changed just like the Finnish design from the time, when Alvar Aalto crumpled a glass to the time when the Finnish designers raised a perfectly shaped glass to the air.

Twenty years ago, someone could believe that the blond guy on the stage is a real rebel but then the metal has become mainstream in Finland. Today, it’s not that easy to stand up and shout: ‘Oy, look, I’m a rebel. Really!’ Nevertheless, the melodic death metal is still popular in Finland. The new bands have to face the same problem as the designers. Their style isn’t new, unknown, and it doesn’t shock anymore. What about it now?

Many new bands appeared on the scene during the last few years. And they are pushing the line of the genre in a bit different direction. They can’t provide the topics, which would shake the society, neither they can stick their arses at the world. The society is now quite immune to such things, moreover, the Finnish society fell in love with metal and put it on one shelf together with the glasses and mugs with moomins. The musicians therefore lost the opportunity of shocking the people. This model can’t work anymore for the number of tabooed topics still decreases. What’s more, the stages are now home to the educated, successful, well-behaved musicians who certainly couldn’t be labeled as ‘rebels’.  Most of them graduated from universities, have attractive jobs and the music is not their only source of living. this change is noticeable from the first sight. These elegant, polite, educated people do get drunk sometimes but the demolition of hotel rooms or the articles about evil metalheads don’t characterise them anymore.

Nevertheless, Finland still produces not even pieces of design, but new bands as well. Both are appreciated, both have their plagiarists and admirers. Even the audience changed a lot. A classical fan looks more like a hipster, who needs more sophisticated music, ideas, and different topics. The bands are trying hard to fulfil these requirements. They combine many different influences, they improve their techniques, mixing this all with the work of their predecessors in the search of a perfect shape.

Have you noticed the change of the T-shirt design? Sure, T-shirts are still sort of a symbol of belonging to the metal world but it’s also become one of the few means how a musician can earn some money. The age of funny, colourful fantasy motives, flames, lovely skulls, is almost gone. Even the death has become a design object and it’s hard to tell what genre is behind the band’s logo.

I’m not saying whether this development is good or bad. It’s natural and therefore terrifyingly interesting. I still love listening to Children of Bodom, appreciating the genius guitarist, however, even I feel the new path of Finnish melodeath as the winning one.

An example of this new path is Damnation Plan, the band born by the very same lake, which once inspired the name of Laiho’s famous formation. It’s a band, which has qualities of a design glass from the logo to the very last tone of its songs.

Getting used to the sound of Damnation Plan was a long process for me because I felt slight aversion towards the soft, rock-like motifs. On the other hand, I was fascinated by the excellent sound of the drums and guitars. Still, I like more aggressive and more masculine style in melodic death metal and Damnation was a way too soft for my ears.

However, there are several moments in their songs, where the instrumentation is absolutely perfect. This had won the battle inside me. For the music of Damnation Plan stands on the exceptional sound quality.

The six-man band is a formation of interesting talented musicians, who can’t boast of long and shiny career, except a vocalist Tommy Tuovinen, who is famous for his work with MyGrain. After all, his harsh vocals dominate the music strongly. The aggressive style of his singing is what I like about Damnation Plan.

The second vocalist Asim Searah is also quite experienced. His technique and significant sense of melody could put him at the top of Finnish metal singers. It’s nice that he’s decided to sing in the less known project. I don’t really believe he hadn’t received any offer from other, more famous bands because his voice is truly unmistakable.

Speaking of myself, I had quite a problem with Asim’s elegant voice, fitting more into power metal or symphonic metal. It simply didn’t match with my idea of how melodeath should sound. Every time I’ve listened to Damnation Plan, I bowed before Asim’s brilliance and stopped the album after two songs, like I do when listening to Swedish Evergrey.

But from my experience I know, that the bands, which didn’t take my breath after the first listening but created a sort of a polite interest, got on the high shelf of my collection in the end. I’ve decided to get used to Asim’s voice just like I got used to the voice of Marko Hietala, Toni Kakko or Tony Kaikkonen. It was a bit more difficult, for the exotic handsome simply didn’t have any likable weakness. When I was a child, I always wished luck to the bad boys and wished for princes to fail. And Asim could make a living from being a professional prince.

To tell the truth, he is an incredible singer. Provided that if he had decided to become a pop star, he wouldn’t have to work hard, the fact he actually choose to be in metal is quite impressive. It also makes him a jolly good chap, who has one particularly big advantage for the metal scene. He loves the music, otherwise he would be in some gleaming video, Lady Gaga crawling at his feet. As it is, he means a great support for Damnation Plan and he creates a fine contrast to Tommy Tuovinen. Damnation are memorable thanks to Asim’s voice.

Even on the first album ‘The Wakening’ was one feature, thanks to which I listen to Damnation on regular bases. It’s the drums, the rhythm created by the strong hand of a perfectionist Jarkko Lunnas. This isn’t a famous name either, which puzzles me a bit because the skilled drummer is indeed audible without the need of showing himself off. For me, the most important bit on Damnation Plan are drums. Jarkko is almost obsessively perfect. If he was a designer, he would create a glass, which would make the entire world stare in wonder. He hates inaccuracy in rhythm and that shows on the recordings. Once I was bewitched by Marko Tarvonen from Moonsorrow just like that. I too had a tendency to listen only to the drums, forgetting the rest of the music. Lunnas has a very similar charm. The drums are pulling a listener to the music without actually competing the rest of the instruments and vocals.

Guitars are quite gentle part of the music. Not secondary, or even bad. On the contrary. The accent is on the rhythmic and the solo guitar in hands of Antti Lauri is almost minimalistic. We’re not witnesses to long guitar solos, which would make your toes crawl. Lauri do not give his talents for free. It’s a solo guitarist standing in the back, which is unusual. When he’s get the chance, he performs a perfect solo, which lacks the lust of exhibition. This makes Damnation sound sophisticated and well-balanced. Lauri is a player who uses tones for saying: ‘Look, this is what I can do, and I could show you more, if I wanted to. But I don’t right now.’ I would like to hear him showing more and I’m convinced I would stare. I have to say that there are moments on the new album, where Lauri performs more and that’s exactly what Damnation needed. He’s brilliant.

Kalle Niininen, the second guitarist of the band isn’t only a boring background. Apart from Damnation Plan, he plays with the atmospheric Enthrope, which gives him different opportunities of self-realisation. Kalle seems to enjoy what the both bands have in common. That is a confident rhythmic. He likes to create the rhythm and his and Lauri’s guitar are a perfectly stabile duo.

Jukka Vehkaama is a philosophically looking guy with poker face, probably as any other excellent bassist. A listener has to listen to his play carefully to discover how excellent he is. He is an organic part of the band, as the one who don’t like inaccuracy and avoids it every time. The brilliant bass is the last item on the list of the society of perversely perfect perfectionists.

The new album ‘Reality Illusion’ begins with the sentence ‘The Reality will make us disbelieve’. Well, the reality of this album is undoubtedly good. Once the musicians wanted to shout out their anger. Lunnas’ lyrics of today are poesy of a searching man of the world, which has too much faces and shapes. It’s not a struggle against the world anymore. It’s a struggle inside a man and the effort of staying human inside. These successful, content, talented people feel the doubt. They won’t satisfy with their status. They want to find their won harbour, they want to understand their role in the world and the world around them. The lyrics are great and Lunnas is a very good poet.

The band stakes on the instruments and therefore it dabbled into purely instrumental pieces, making their Intro a diamond just like the first track ‘The Empowerment’. The fact that the instruments became even more prominent on the new album caused that the new recording is actually better than the first full-length album.

The frontmen withdrew a little. I have to say that Asim Searah grew a lot. His movement from the power metal singing to the death metal one is fascinating. Tuovinen’s singing changed as well, thus making the two voices at perfect harmony.

When the both gentlemen uses the harmony of their clean vocals, it’s brilliant. The track ‘Maze of Despair’ got me on the edge of musical sentiment, I usually despise. 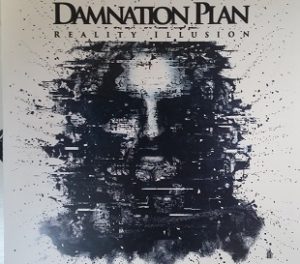 Damnation Plan came out with a perfect melodic album, which pushes the lines of the Finnish music design. The album brings a new, very characteristic, almost lyrical, and yet stylish sound. For me it’s a real treasure and I’d like to hope it will find its way to the wider audience.