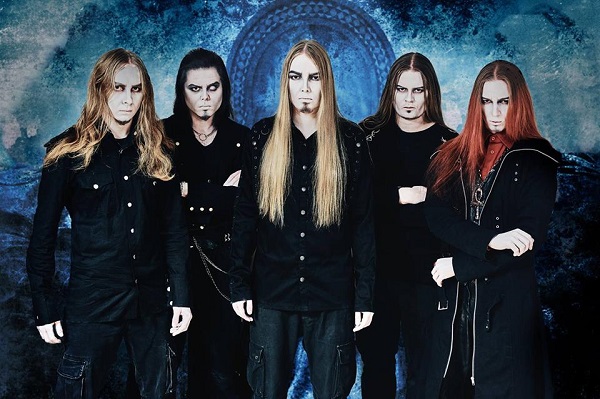 Drearyym is not only quite young band, founded in 2014, only now releasing their first full-length album. Drearyym, whatever the pronunciation of that terrible name is, is mainly a great band. For me it’s a surprise of the year. It’s a brilliant music, which has the power of widening your eyes, while tickling your ears. Damn! I feel like a vacuum cleaner salesman, but I can’t help it. Last time something got me to my knees was last year, when I discovered Marianas Rest. Marianas confirmed their quality and are now preparing for a tour with Dark Tranquility. And Drearyym are so exceptional and good, I dare to prophesy their fame, happiness… er, I’m not so sure about wealth, ‘cause they won’t get rich from Spotify, but to make the end of the list somehow more positive I prophesy them many sighing fans (preferably girls).

This band featuring five young musicians form the city Lempäälä (OK, I could keep the name of the city for myself. And yes, I know it’s unpronounceable, at least until you drink enough vodka) has been very active since 2014. During a short time of its existence, Drearyym recorded one demo, three singles and two EP. Considerable number of recordings indeed. ‘Precursions’ is the first full-length album. Thanks to existence of previous recordings, I have a comparison and I can say that the new album got on a very different level. For the first time in my life, I see and hear a band, which made such a big progress in quality of instruments during two years. The first full-length album is so exceptional and mature, it knocked me off my feet.

What kind of music is Drearyym? It’s melodeth, which could be compared to epic Frosttide, Brymir or even Wintersun. Gothic and symphonic metal also left the trace in the music of Drearyym. Unlike the other bands Drearyym stakes on keyboard. And some keyboards! I wouldn’t like to sound like a heretic sentenced to death by burning by many vicious fans, but in the safety of my room, hidden behind my laptop, I dare to shout (quietly): ‘Forget about Tuomas Holopainen, the new generation is here. Please welcome Eero Ahonen!’

Good, I can hear no rattle of matches, so I can raise my voice a little and proclaim, that the land of thousand lakes gave birth to an excellent musician, which is born once in a… er, when was Holopainen born… let’s say in a few years and a bit. This keyboardist has qualities, which are going to grow and blossom. If he won’t decide to go for kitsch and stick to the path he’s taken, he has the chance fill a stadium someday.

The music is more symphonic thanks to him. However, I’m not into symphonic metal. No at all. I usually pull an ugly face when I hear one. So, I must stress that there are only some features of it in the music of Drearyym… they may even remind more of atmospheric black metal than symphonic orchestra.

Surprisingly guitars also have their say. They are absolutely lyrical in acoustic parts, accenting the melodicity with calm and elegant riffs. Nothing wild, but also nothing for dreamy girls in pink. Those wouldn’t like that the lead vocalist doesn’t sing like Tony Kakko or Marco Hietala. Leevi Kuunila’s voice sounds pretty good in the low growl, which could shake the whole building, and even in the barking scream. Judging from the voice, I formerly thought that the singer was a giant in his mid-forties. I really didn’t picture someone who looks like Prince Charming of the north and could be readily cast in the role of Goldilocks. Leevi is another big talent. No princess, his voice was blessed by Tuonela.

Kimmo Kylä –  Laaso is a guitarist of this talented five and pleasantly aggressive drums are played by Mika Ilkka. The bassist Aleksi Tossavainen is the last name on the list of Drearyym musicians.

‘Precursions’ has a conceptual character in sound. The songs are linked to one another, yet every single one of them is an individual. The music could be characterised by the scale beginning from soundtrack themes, ending in a form of a common song or instrumental experiment. There are big, monumental starts, but thanks to clever musical ideas, they don’t evolve into cliché. It’s this clever way of composing, sparkling with ideas, which make Drearyym a unique band.

The beginning of the song ‘Hunter’s Tale’ scared me a little, because the band used a bit predictable female vocals contrasting with the male one. I’m a bit sensitive about these things and I have a tendency to label it as ‘simply bad’, for this contrast is too obvious. However, I’m satisfied that Drearyym used it in a measured way. The female voice doesn’t push us into the word of opera and therefore sounds good. After all, Sara Strömmer, of whom I wrote in the connection of the band End of Aeon, is one of rising Finnish star on the metal sky.

The second lady Mira Mäkinen featuring on the album is a bit of a mystery for me. Nevertheless, just like Sara, she is good and professional.

The six track of the new album are the surprise of the new year. It’s a surprise for those, who watch Finnish metal scene and even for those, who heard something of previous Drearyym work. I’m so surprised in a good way, so dazzled and impressed, I decided for a high rating. 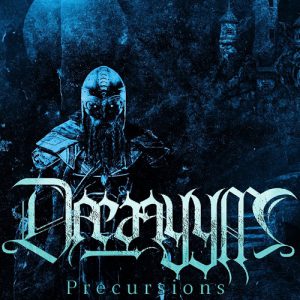 I can’t but recommend this band to your attention, because I believe we’re going to hear more about this wonderful band. It is my belief that such brilliant musicians can’t get lost in the field of metal music.